Life by Chocolate's Awards Ceremony, The Best of 2010 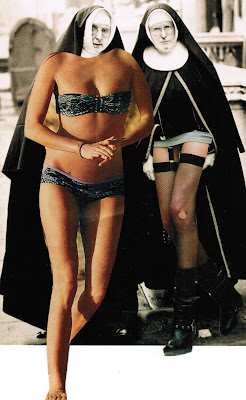 Robyn: Welcome back, Millie and Gertie.
We haven't seen you in months. You been busy?
Millie (left) and Gertie (right) giggle and blush.
Millie: Oh, yes. Yes, we've been getting busy alright.
Robyn: Ladies, you promised to behave yourselves.
Let's get on with the show.
Gertie: Millie, did she say "get it on"?
Millie: Are you kidding? That celibate little prude?
Robyn: LADIES!
Millie, clearing throat: Welcome to our show! First, let's look at Life by Chocolate's best comments of 2010. They're out of context, but -then again- so are we. There were too many good ones to choose from, but the boss narrowed it down to just three. She wants you to know she appreciates all of your comments, but she had to make drastic cuts. Finances and all. Sorry. Try again next year. Giggle, giggle.
Gertie: The nominees are...

Cheeseboy, who said...Although I have actually taken coconut into my veins (long story, but it involves some bad mushrooms, a tube and a night in a Hawaii hospital), I must say they do sound delicious. BUT nothing, and I mean nothing will ever beat the peanut butter M&M. Ever. (7/29)

Marlene, who said...You know what's even worse than poor spellers? Those who butcher the English language when speaking! (I should know. I was married to one, once!) How about "upholstraphy" instead of "upholstery"....or "forfill" instead of "fulfill"....or "hud caps" instead of "hub caps". Yeah.....that's what I had!!! (I'm not even going to tell you why I married someone dumber than a bag of bricks....you would be pissin' yourself laughing for years to come, and I can't have Depends making a fortune just because of something I said!) (7/12)

and Kal, who said...Yeh, and all the cute girls have an out of town boyfriend attenting a military academy. I don't buy it for a second. Can't be real or he IS real but hides the fact that he has an 11th toe until the third date. If he was so perfect some woman he is related to would have set him up with her best friend or her best friend's sister who has only nine toes - so in truth it's a fairy tale match that completes the set, as it were. I am not buying it. Any guy who is on a dating site is a goober or drives across country in his refrideration truck and collects bodies. It's a fact. I know because I read it online. Don't be fooled - hang out at the grocery store and talk to men who are shoping alone. If the salad dressing they buy is anything other than RANCH - you jump at that prize steer and you ride him for the full eight seconds. *Okay, I write great comments, but THAT one should be imortalized in a museum somewhere. (10/28) 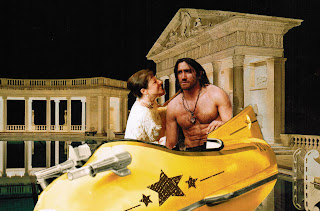 
**AWKWARD SILENCE**
Gertie: Oops. Hey! Robyn? Where is she, Millie? How did that one get in there?
Millie: I don't know. Try again.
Gertie: Aww, there we go. It's her adorable chocolatey nephew, Jeremy. 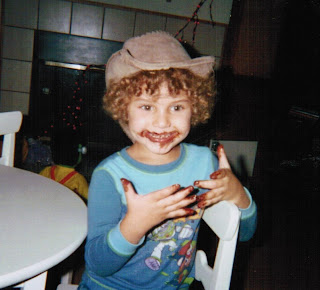 ﻿Millie: This last award goes to Robyn's best reason for celibacy. Poor girl. I mean, there are so many virtues to this lifestyle. Right, Gertie? She's Jewish, so she doesn't quite understand our devotion.
Gertie: Yes. You got me. I mean, you got it, Millie. Robyn doesn't get any. I mean, she doesn't get it.
Millie and Gertie blush and giggle.
Robyn: LADIES!
Millie, clearing throat: Final recognition goes to Mr. Cemeteries, for this internet dating ad.

REASON #34: What to say? I do dishes, Landry and not bad on the barbecue, I came out to help my sister movie into her new home was offered a job and stayed, SO here to give California a try I was told it was allot warmer here? ..thought Id stay one or tow years pay off my home then decide sell and movie here or movie back home, (still in the air) Not shore how it will sound but it will depend in part if I meet some one out here! just got back into working out need to drop about 20lb like to meet some one to see the sights with have a good dinner with, to go any further than that it all depends on the cemeteries we have, I think if the cemeteries is good the rest can fail.

Posted by Rawknrobyn.blogspot.com
Email ThisBlogThis!Share to TwitterShare to FacebookShare to Pinterest
Labels: awards