The Saturday Centus, hosted by Jenny Matlock, challenges us to write a piece within 100 words. This week's prompt is dark blackness or black darkness, depending upon your perspective. Sorry I can't post it -blogger doesn't like my images- so shut your eyes and you'll get the non-picture. Enjoy, and visit the other offerings here. Have a spooky, safe Halloween weekend!

HALLOWEEN EROTICA
Bite me.
You suck.
Sweep me away.
No treats, just tricks for you today.
Fill my bag with all you've got
It's what you give that makes me hot.
You scare.
You creep.
You're ugly too.
My zombie freak,
My favorite shrew.
I love and fear you just the same.
Your candy corns scream out my name.
Now hide your face beneath a mask.
Let's nail down this dreaded task
And score and score until the dawn
We'll lick and chew til candy's gone.

Warning: The contents of this annual Halloween-time (re)post are disturbing. But the information is too important to ignore. Please be mindful of these facts when purchasing your Halloween candy and/or when feeding a cocoa craving.

The data to follow is based on my research in the fall of 2010. Hershey’s hasn’t budged since then.

Every year thousands of children are kidnapped, trafficked, and sold to cocoa plantations. The average price per child: $1.20-1.90. The rate of pay: $.01 for chocolate that is sold for $1 in the United States. Sometimes they aren’t paid at all. Often, these child slaves have no concept of chocolate. Rather, they are forced to endure 12-18 hour workdays, handle machetes without proper training, climb high trees – while exposed to hazardous chemicals in a treacherous climate. Should they rebel or perform “poorly,” they are beaten. Should they try to escape, they are killed. A vast majority of these known abuses –over 15,000 annually- occur in West Africa’s Ivory Coast.

While Hershey’s claims moral outrage, it continues business with the Ivory Coast. Meanwhile other big chocolate companies, and many smaller ones, act to ensure exploitation-free products. Certainly the world’s largest chocolate corporation, boasting over $5 billion in revenue annually, can afford to take a stance.

Americans pay $15 billion for chocolate each year, with nearly 43% of this for Hershey’s candies. This monstrous entity acquired Sharffen-Berger in 2005 and Dagoba in 2006. It continues to produce many non-chocolate products, such as Twizzlers, along with countless non-food items.

Fortunately there are plenty of alternatives. The most assuredly exploitation-free chocolate carries a Fair Trade Label. This international monitoring system guarantees a minimum price for farmers, prohibits forced and abusive labor, and promotes environmental sustainability. We pay more for this chocolate, but dollars go directly to the development of community resources, such as schools or hospitals. Fair trade cocoa originates in Belize, Bolivia, Cameroon, Costa Rica, the Dominican Republic, Ecuador, Ghana, Nicaragua, and Peru. To find out cocoa’s source, simply look at the back label.

A second option is organic chocolate (e.g., Newman’s Organics). This is also a fairly safe choice, as organic farms have their own systems of independent monitoring that checks labor practices. Plus, cocoa beans are not grown organically in the Ivory Coast.

There’s plenty of slavery-free chocolate, too, that is neither Fair Trade Certified nor organic. When in doubt, avoid Hershey’s.

Finally, here are some folks fighting the good fight, and my sources of this information:

Posted by Rawknrobyn.blogspot.com 34 comments
Email ThisBlogThis!Share to TwitterShare to FacebookShare to Pinterest

Breaking Points
I planted a little story seed
But on second thought, it was one ugly weed
So I took a break for the next year or three
Then geared up again to birth a new tree
But I lacked the right tools to give it a go
Plus storms were approaching and soon there’d be snow
Then time was the issue. There’s never enough.
I neglected my garden to tend other stuff.
Alas I decided to grab the ‘ole rake
I’d end this poem now but need a quick break...and chocolate.

Young Smiles for You!

Young smiles for a smiley Friday! 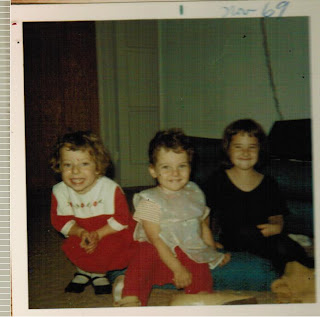 
REASON  #138: I'm a well "edumacated", completely unpretentious professional. I came to the states at an early age and lived in Hot Springs, Arkansas (the same small town where "good ole boy" Bill Clinton grew up chasing little girls and pulling their pig tails while sneaking around smoking cigars!). I take it humor was not part of your edumacation. and YES dammit, I do wear shoes and have all of my "teef"! And NO dammit, I don't have any "youngins" by my sister.......YET! (but we ain't giving up) lol Are you a Jolie or an Osmond? My "gene pool" is rather strange “No kidding!”
REASON  #139: Looking for a non diseased woman who isn't mental
Shame I just came down with juvenile diabetes and mental health. Better luck next time.

REASON #140: I'm the anti Charlie Sheen Broke and sober, huh?
REASON #141: So if you think that you might be up for some great conversation, a subtle libation, and possible perspiration.....I hope to hear from you soon! And if I'm fortunate enough to hear from you, please remember to use capitalization which is almost a lost art in this day of texting and e-mails. Capitalization is the difference between helping your Uncle Jack off a horse....and helping your uncle jack off a horse! How about you say “uncle” and quit being a capitalized JACKASS?
REASON #142: Spooning leads to Forking...let's Spoon Forking leads to knifing…let’s cut it off right here, buddy.
REASON #143:
About Me
honey glazed glazy cakes

mix it up and run it over with a car
pour into cupcake papers
cook on 500 degrees for a month
let cool for 5 minutes
serve on toast or a shingle to mother inlaw I don't have one. Can I borrow yours?
Alas, some actual humor though not likely his intent. Thanks Mr. Glazed Glazy Cakes, Honey. PS Family relations aren’t your strength, huh?

This was tough. Ms. Jenny, our wonderful teacher, instructed the Saturday Centus crew to describe this image of an old shack in sensory detail (i.e., using the five senses - sight, hearing, taste, touch and smell) and no more than 100 words. With apologies, I removed the picture because my feed isn't eating it. (Picky feed!)
Enjoy, and please visit the other offerings at Jenny Matlock's blog, Off on a Tangent.
~~~~~~~~~~~~~~~~~~~~~~~~~~~~~~~~~~~~~~~~~~~~~~~~~~~~~~~~~
The Double-Dog Dare
“I double-dog dare ya to go in,” Johnny challenged. He was cute so I acted brave.
“Okay.” I swallowed my jelly bean whole. Salty black-licorice flavor stuck to my tongue.  Entering the creepy old shack, the smell of mud overtook me.  I was blinded by darkness.
“Welcome!” A boyish voice came up through the floors’ wooden panels.  I noticed a gaping hole at my feet and felt the sudden firm grip of fingers clasping my ankles from below.
“Let me go! Help! Help!”
A familiar giggle slowed my pulse.
“Johnny, you poo-poo head! That wasn’t funny!”

Thanks to Matthew of the quintessentially questionable query experiment (gotta love that blog title) for this blogfest and to Alex J. Cavanaugh for the trendy button. Today, we pay it forward simply by highlighting three favorite blogs.  I chose the following because they are worthy of many more followers; the people behind these blogs are wonderful folks; and said bloggers' brainwaves journey in unique, creative directions. Here we go:

I. Rekha at A Chronicle of Dreams draws us into a magical place with every post. She's truly gifted with words in any and every format and genre. Rek's also a very sweet lady with a quick wit. Check out Rek's dreamy blog here.

II. Anthony J. Langford is a great guy, writer and friend. He does it all. Anthony's video poetry is truly unique and profound. His latest rap song-slash-poem is hilarious. Anthony's a new daddy to a precious one year old girl. Almost as exciting, a novella of his was recently ACCEPTED FOR PUBLICATION. Psst, go congratulate him here. He'll appreciate it and you'll discover a great blog. Oh, and he doesn't clog up your blog roll. [We all need to follow some bloggers like Anthony who don't post that often. Right? Otherwise it's impossible to keep up.]

III. Third, TS Hendrik is so close to 300 followers. You can help him get there.  Moreover you can vote on the 2012 Presidential Candidate. The candidates are dynamite. I mean, the candidates are dinosaurs. TS is extremely clever. You never know which direction his brainwaves will travel but you know he will always entertain. See The Non Review here.