A recent shopping excursion left me with a few unanswered questions. Perhaps you have some answers. (?) If so, please share.

Question #1: Why is there always a man in the women's lingerie department? Further, this particular man does not appear to accompany any particular woman. Instead, he leans leisurely against a bra rack, positioned to NEVER leave. And it's not just any bra rack he leans against. It's the one in the center of the store with the pretty lacy bras on sale (the rack I'd peruse were he not leaning against it), as if it's his daily hangout spot. ??

Question #2:  Why are the cheery sales clerks who graciously escort me to the dressing rooms, thereupon offering to answer any questions I may have, always named Amanda??

ANY questions, Amanda? My mind races with possibilities! Say Amanda, who's the dumbest of the Kardashians? Oh never mind, we all know that one. Tell me, Amanda, will I have sex again before I die? And which Republican Presidential hopeful is making the biggest *bleeeeeeep* of himself?

Question #3: Why is there no end to final sales??

It's a good thing I only shop for clothes once every 15 years. My brain can only take so much.

Posted by Rawknrobyn.blogspot.com 39 comments
Email ThisBlogThis!Share to TwitterShare to FacebookShare to Pinterest

PLEASE SEE CASSA FIRE IMAGE TO THE RIGHT.
Blogger is being a booger with me again. This didn't post to your blog rolls on my first or twelfth attempts.
On a related note, is the new comments format driving anyone else bonkers?
I've removed the image to see if I have any better luck with this post.
Sorry, Alex.
Aside from a silly mock-of-Spock series that I wrote for the Saturday Centus a while back, I'd never dabbled in the world of sci-fi. But I met sci-fi guru Alex J. Cavanaugh about 1-1/2 years ago through a mutual blog contact. I'm now honored to call Alex a friend. Since we met, I've witnessed Alex's following triple, and have seen him transition from blogger to author of one (an Amazon Best Seller), then two books  - with a third in the works.

So, figuring I was missing out, I finally broke down and gave CassaStar a read (my first sci-fi book ever), and I'm hooked. It helps that I kinda have a thing for Byron, though Alex has warned me he isn't relationship material. [I suspect I have some competition from this Athee chick in CassaFire too. We'll see about that.]

Alex's writing is clean, crisp, digestible, and, though he writes about out-of-this-world experiences, very human. That's what I appreciate most about his craft. And Alex. I'm excited to be part of this CatchFire blog party and recommend you catch fire with Alex and the rest of us. All of the important details follow.

Alex's blog tour runs from February 27 through March 9. Anyone who comments on his blog posts during that time can win a special package from his publisher: copy of CassaFire and CassaStar, a large tote bag, and a mug.

CassaFire
by Alex J. Cavanaugh
CassaStar was just the beginning…
The Vindicarn War is a distant memory and Byron’s days of piloting Cosbolt fighters are over. He has kept the promise he made to his fallen mentor and friend - to probe space on an exploration vessel. Shuttle work is dull, but it’s a free and solitary existence. The senior officer is content with his life aboard the Rennather.
The detection of alien ruins sends the exploration ship to the distant planet of Tgren. If their scientists can decipher the language, they can unlock the secrets of this device. Is it a key to the Tgren’s civilization or a weapon of unimaginable power? Tensions mount as their new allies are suspicious of the Cassan’s technology and strange mental abilities.
To complicate matters, the Tgrens are showing signs of mental powers themselves; the strongest of which belongs to a pilot named Athee, a woman whose skills rival Byron’s unique abilities. Forced to train her mind and further develop her flying aptitude, he finds his patience strained. Add a reluctant friendship with a young scientist, and he feels invaded on every level. All Byron wanted was his privacy…
Available today!
Science fiction - space opera/adventure
Print ISBN 978-0-9827139-4-5, $15.95, 6x9 Trade paperback, 240 pages
EBook ISBN 978-0-9827139-6-9, $4.99, available in all formats
CassaFire is the sequel to Cavanaugh's first book, CassaStar, an Amazon Top Ten Best Seller:
…calls to mind the youthful focus of Robert Heinlein's early military sf, as well as the excitement of space opera epitomized by the many Star Wars novels. Fast-paced military action and a youthful protagonist make this a good choice for both young adult and adult fans of space wars.- Library Journal
You can visit the author's site at http://alexjcavanaugh.blogspot.com/
Book trailer available at http://www.youtube.com/watch?v=Qa6VINRGtyE.
Barnes and Noble - http://www.barnesandnoble.com/w/cassafire-alex-j-cavanaugh/1034742568
Amazon - http://www.amazon.com/CassaFire-Alex-J-Cavanaugh/dp/0982713940/ref=sr_1_1?s=books&ie=UTF8&qid=1329417150&sr=1-1
Amazon Kindle - http://www.amazon.com/CassaFire-ebook/dp/B007A2TSNG/ref=sr_1_1?s=digital-text&ie=UTF8&qid=1329663355&sr=1-1

Posted by Rawknrobyn.blogspot.com 22 comments
Email ThisBlogThis!Share to TwitterShare to FacebookShare to Pinterest

Losing it After 40: A Saturday Centus

I sense an added layer of sadness in the air, so I brought this one back. [Last posted in 10/10.] 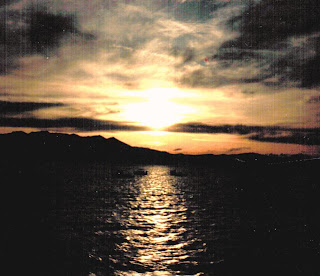 photo by Robyn (not sure where or when)

Sometimes you really suck. I mean, where's the give-and-take? Why must we always be holding on for you, dear life? Perhaps you could try holding on for us for a change. You haven't exactly been a walk in the park. Well, not unless we're talking about Central Park in the pouring rain at dusk on, say, a Monday, and I accidentally step in dog poop, and the dog owner is a creepy, smelly guy who asks me for money and a date.


As I was saying, or about to say in my typically tacky yet eloquent and sincerely loving fashion, a lot of people I care about are holding on for you these days. For everyone who could use a pick-me-up (who can't?), I hope this helps. It's one of my favorite songs, Hang on Little Tomato by Pink Martini.

Please hold on for 1.15 mins or so before the singing starts. It's worth it. You are worth it.

Posted by Rawknrobyn.blogspot.com 26 comments
Email ThisBlogThis!Share to TwitterShare to FacebookShare to Pinterest

Belated Saturday Centus: Like You Didn't See This One Coming

Dear Friends,
I'm sorry for my absence these past few days. I don't have a fun excuse, but I'm grateful to have a job. That is, I've been putting in a lot of extra hours. So, with Tuesday upon us, I now present you with my Saturday Centus.

This exercise is the brainchild of Jenny Matlock. Please check out other contributions here. We're typically allowed 100 words to play with. But this week, we can only use SIX words to write an autobiography or, in Jenny's terms, an autobriefagraphical.


Like You Didn't See This One Coming
My life in six words: chocolate.