I have a confession, dear sillies. It takes a lot of energy and courage to write about my love (or lack thereof) life. It's especially tricky when writing about locals. So I tend to only do this long after the fact, as with this story that's over one year old. But it's a big one, very big. I hope you enjoy. 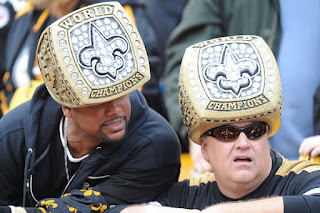 Hallow's Eve threatened entry in the coming hours. I'd just been jilted (a story for another time). Following a bout of tears, I decided to venture out on my own. Damnit if I'd let a man ruin my Halloween!
The place was packed with your standard small town, boisterous yet good natured, drunken yet "I'm just getting started" energy - taken up a notch by bloody zombies, big-bosomed nurses, stoned hippies (well that's redundant), and a costume-less but clothed me. I made it to the bar, ordered a Pepsi per my typical "wild" night out, then pressed through the crowd to stand by the dance floor. Dracula and his monstrous pals played upbeat, catchy tunes. Weird scene as expected, I told myself.

"Do you know how to swing dance?" My face met that of a huge burly man. Actually, my face met his silver plated chest. I looked up to see a pair of friendly brown eyes beneath a two-horned Viking helmet.
"Um, well, not West Coast," I responded. "I can do some East Coast, but it's been a while." Viking's face constricted a bit. It seemed I'd confused him by an overload of information. Yet he held out a huge palm to take my hand.
Next, I was slipping and sliding on the wood paneled dance-floor, laughing hysterically. Viking swung and flung me from side to side and all around. I hung tight and aimed at one goal: to not fall on my butt. Then I fell on my butt. Sh*t! Viking abruptly swooped me up and resumed slinging me around. I then realized what he meant by  "swing dancing."  Thankfully, eventually, the outrageously fun and incredibly awkward dance ended. He suggested we sit and chat.

As I climbed onto a bar stool, Viking introduced himself. "I'm Joe, Joe Kansas," he said. Frankenstein walked by with a "Hey Joe." I'd soon learn that Viking Joe Kansas is 6 ft, 5 inches tall and weighs 300 pounds. [Mind you, that's approximately three of me.] The bartender, a Dolly Parton wannabe, glanced our way. "What can I get ya, Joe?" He told Dolly that he'd take another Corona and asked what I'd like.
"Thank you, I'm good, still sipping my soda," I smiled. "You seem to know a lot of people here."
"Yeah," Viking Joe Kansas said casually, "I'm kinda well known. I used to play for the NFL. And well, I actually have a Super Bowl Ring." Whoa!
He didn't wear the ring, he'd confess, because his fingers got too big (i.e., fat) for it. The man was clearly either a football player or a monstrous refrigerator, so I didn't doubt him. Instead, I'd enjoy flirting with him . . . to be continued.

I hope you're all managing to feel upbeat, whatever life tosses your way. We're entering a challenging time of year for many (me too). But love and laughter are everywhere, including in blogland. Though this seems to have become more of a "Buy my book! Buy my friend's book! Read these 500 books! Buy my book!" place than in years past, a caring and supportive pulse keeps us blogging.

Here we go with yet more reasons for celibacy. I hope the list brings giggles.

Take care of yourselves.

~~~~~~~~~~~~~~
This one appeared in my email last week:
384) Hellow madam? I just came over your profile while ovr my busness on net en was fantasticated with u? I loved ur profile even i love you to
Hell, low gentleman? I just came over your email in my inbox while at my laptop, which isn’t your busness any more than your hard drive is my busness, and I am constipicated by u? I hate ur spelling and ur pained attempt at literacy. What do you love me to do? Suggest a good short bus for your busness? Prescribe a bright pink liquid medication for your fantasticatedness? Teach you the Cupid Shuffle?

385) A simple act of caring creates an endless cripple Well that's insensitive, though I suspect you might be referencing the night when Stephen Hawking’s parents—you know—giggity, giggity.

387) Will work for hummus
I like your work ethic.

388) Never make eye contact with anyone while eating a banana! ??
Oh no, honey. I only use—err, eat—bananas in private.
389) what ya see is what ya get
Exactly; you didn’t post a photo.


And on a different note, but one I need to share, I found a number of copies of my memoir on EBay.* I never use EBay. Yet EBay sponsors a bunch of Facebook advertising, so my book keeps popping up here and there in Facebookland. I didn't pay for the ads, so I'm thrilled. But . . .

I gifted this particular copy to an author-mentor at Cheryl Strayed's Writing Retreat this past summer. I'd inscribed a message expressing gratitude for his "beautiful spirit and kids." He left the book at the retreat center, it seems. He didn't value it greatly, it seems. But CrazedWeasel137 got ahold of it. CrazedWeasel137 is selling it for $15.99 or best offer. Note: Amazon price is $13.99. I can't report CrazedWeasel137 without creating an EBay account. So I'll enjoy the free advertising, however unkosher the sale (i.e., criminal, illegal and certainly not blessed by Rabbinic authority).

PS If you want my memoir, I'm happy to send a signed one for much cheaper than $15.99. Message me, Rawknrobyn@aol.com. And if you'd like an extra value deal with two or all three of my books (and perhaps a little Happy Meal type of toy but no fries), let me know that too. Despite what I say about me, I'm easy. Wink.

100% Positive feedback
Follow this seller
See other items
Item condition: Like New
“Excellent condition, some hardly noticeable wear on the front cover, all pages straight and clean.”
Price: US $15.99
Buy It Now Signed by author on dedication page: "Dear Steve, thank you for your beautiful spirit and kids. Savor the verge! [heart] Robyn Alana Engel"

*May karma do its work such that these EBay sellers make the same amount (or even less) than I have for my writing. -Insert evil laughter.-

All I can offer is nothing

Nothing is all I can say.


Breath viciously robbed from so many

In an incomprehensible way.

Safely detached from the horrors

I have no words to this day.

With thousands still living the nightmare

I sip warm tea in dismay.

All I can offer is silence

Silence is all I can say.


Take care of yourselves, dear friends.
You are loved, and we have each other.

Posted by Rawknrobyn.blogspot.com 38 comments
Email ThisBlogThis!Share to TwitterShare to FacebookShare to Pinterest
Labels: 9/11, nothing, poem

A Splash of Celibacy and Suburbia: Don't Worry, This Isn't Another Quality Book to Add to Your Reading List!

I judge a book by its cover. If an author puts zero effort into a book cover, I put zero effort into reading it. But if an author, say for example, gets drunk on chocolate for the sake of a memorable if not embarrassing book cover, by all means, everyone who can laugh should make the purchase. Hypothetically speaking. Say, for example, it's only a few bucks for the e-book and less than ten for the paperback.  And you'll laugh until you cry, for example. 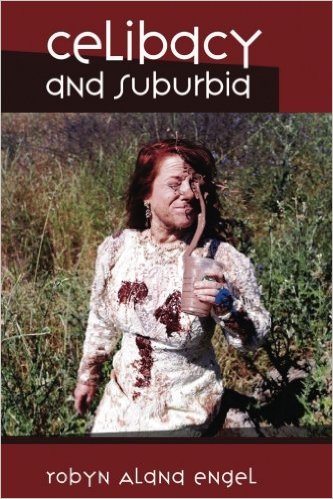 Cover art by my friend and Graphic Designer Helen Duval.
Paperback here. Ebook here.
I'm told they'll marry and be on same page (as if marriage works that way) this week.

Celibacy and Suburbia is NOT another relevant book to add to your growing pile of literary brilliance. No, this 78 pager provides countless typos by single men seeking "nteligent womans;" Author Engel's brazen and failed attempts to seduce Taylor Swift and other famed hotties half her age and twice her height; Queen Elizabeth II's shockingly disturbing horse fetish; and to alas end this run-on-and-on sentence, poetic erotica for every month of the year. Oh BIG Santa, take me on your sleigh.

A friend said this one makes for good bathroom reading. Not that kind of bathroom reading, Al!* Well, whatever works for you. But it's not that long. I mean, the book. Oy vey, look what you started, Al!

*I tease Al Penwasser because I love him, and he's the best at commenting on my comments about my commenters' comments. And Al's written a number of excellent hilarious and heartfelt books. I highly recommend you buy, read, and review them.

Please also have fun reading, laughing and sharing my third one: Celibacy and Suburbia!

Thank you kindly and lovingly, my dear sillies.