Please be good to yourselves. Be safe, be healthy, and have a ravenous Thanksgiving week.

Much gratitude for sticking around through it all. 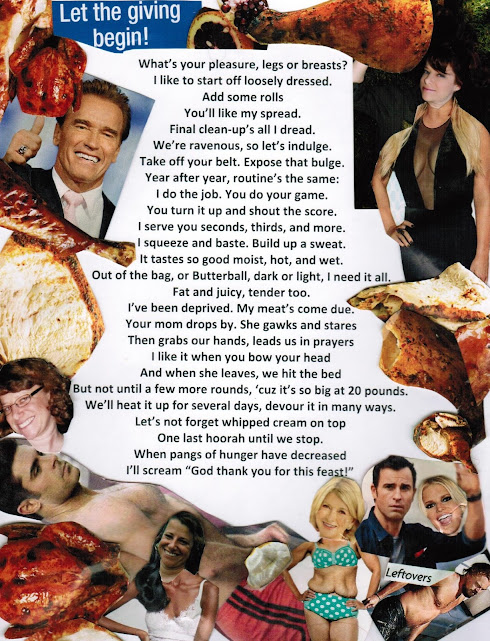 I've a special guest for you today! Yes, fresh off of the campaign trail, the one and only legend in his one and only ego-infested mind, Presidential candidate for 2020 who lost by a shocking landslide, Kanye West. Welcome, Kanye!

Note: All that's highlighted are ACTUAL Kanye quotes. *oops, I mean, except the last one, but he would've said that if he met me. 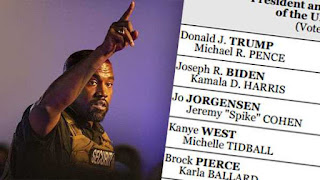 Robyn: Look at you, Mr. West. 60,000 votes for President! Whew! That's less than .04 PERCENT of the 160 MILLION total votes. Even worse than Trump's historic loss. Robyn emits a giggle-snort. You did concede, I give ya that. What do you have to say for yourself?

Kanye: I am Shakespeare in the flesh.

Robyn: I see. And like Shakespeare, you've done some writing. You wrote your name on your home-state of Wyoming's ballot. You failed to get on that ballot and on the ballots of 38 states! Go you! Robyn jumps in giddy cheerleader fashion, forming an X in the air and landing, well, on her tuchas. Unaffected, she asks, What were you thinking?

Kanye: Here's something that's contrary to popular belief. I actually don't like thinking.

Robyn's eyebrows shoot up, as she rises to her feet. Say it isn't so!

Kanye smiles, complimented. Every time I say something that's extremely truthful out loud, it literally breaks the Internet.

Robyn looks at the camera, I can't. I just can't. She turns to Kanye and steps within inches of him. Literally, dumbf*k, literally nothing and nobody can break the Internet. Get the *bleep* off my stage, narcissistic idiotic moronic *bleepin* *bleep!*

Kanye raises his arms in a victory "v", shouts You f*kn crazy *bleep* midget. I don't *bleepin* need this *bleep!* A sympathetic, ever indebted Beyonce scurries to his side and escorts him out of the studio.

Robyn: I'm very sorry it came to this folks. Welp! That's a wrap. Take good care of yourselves and stay away from the *bleepin* *bleeps!*

Posted by Rawknrobyn.blogspot.com 26 comments
Email ThisBlogThis!Share to TwitterShare to FacebookShare to Pinterest
Labels: Even Kanye West admitted defeat, had all the Kardashians voted for him, he might have won, Kanye West 2024

Biden-Harris, A Time to Heal

Even though some of you aren't aligned with my politics, you're always respectful. I appreciate you for that. We all want love and peace to rule the world, after all.

There's a renewed lightness in the air now. Hope feels within grasp. Bullying and all the -isms have been de-legitimatized (not completely, of course, but we're en-route).

Please, Joe, give Bernie a position in your Cabinet! Make him, I don't know, the Senior Senior of the most Senior Advisors to the Prez and VP. And he could, say, for example, pick me to be his Middle Age Senior Intern.

Biden should've put me on his short list, by the way, because I'm shorter than Kamala. But I have a girl crush. She's gorgeous, charming, wicked smart and tough. So, better her than me.

A friend and I called for a celebration yesterday, and there was dancing in/near the streets of Chico, CA. 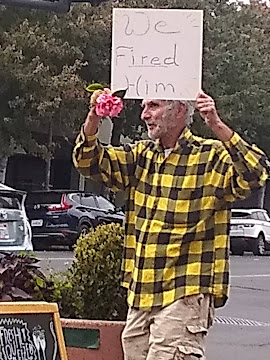 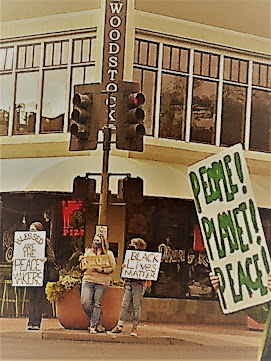 "This is the time to heal in America." - President Elect Joe Biden 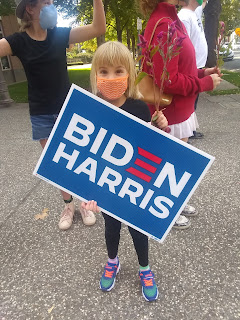 "Now, let's give each other a chance." - President Elect Joe Biden 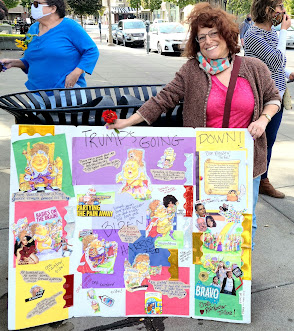 I made this crazed mosaic for a book promo show 2 years ago. The Trumpeter's New Clothes ~it might be time to re-promote it.

I doubt this link will work, but in case it does~

Posted by Rawknrobyn.blogspot.com 24 comments
Email ThisBlogThis!Share to TwitterShare to FacebookShare to Pinterest
Labels: CA celebrates, Please Biden put Sanders in your Cabinet. Biden-Harris 2020 bring a Time to Heal. Let's Give Each Other a Chance. We Fired Him! Chic

Pay no mind to anything going on in the US now. Here's an attempt to distract us all.

HEMP ~ This California native had previously sampled hemp chocolate milk. Now, I sample a hemp chocolate bar. Hemp's a seed from Cannabis that doesn't cause hallucinogenic effects (drats!) and has been used for various products (materials, medicine, paper) for OVER 10,000 YEARS. It's super high in nutrients.

I like its crisp, crunchy texture. It's a bit dry. I'd suggest using it to top a sundae, though I suppose that defeats the purpose of a healthy-chocolate fix. This Evo Hemp Bar smells nice too, kinda like basil. I enjoyed it and the chocolate's not too sweet or intense. It's just right. Goldie Locks and I like it. We give it an 8 out of 10. 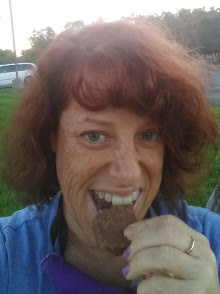 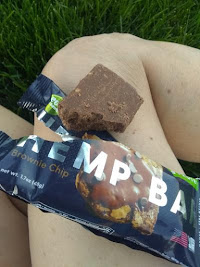 Next, how was Halloween? I shut off the lights. But I did do a few comedy shows in costume. {I'm subjecting audiences to attempts at humor these days. It keeps me insane.} 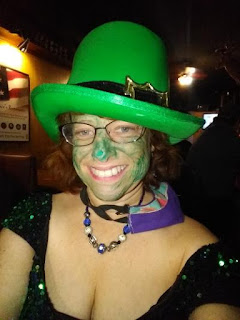 This creepy silly leprechaun with a side serving of pandemic- plumpage-cleavage hereby brings you good *uck. Oh darn. Sorry. I get my rhyming words mixed up. I hereby bring you good Luck! We need it.

Love you, my Willies. I mean, Sillies. Wink.