Dears,
I'll be away from all forms of the Internet for the next few weeks. Cold turkey. That's the only way to do it, right? It will be difficult, and I will miss you. In my absence, I leave (1) this collage-poem, and 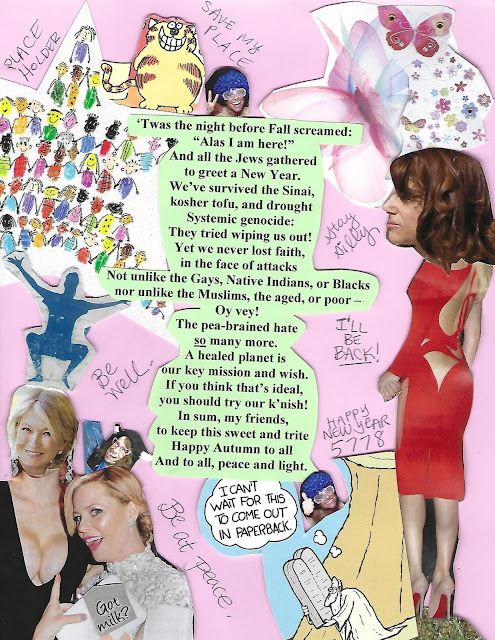 You might have already seen my wrestling match on Facebook, in which case you should move along. I'm sorry I can't link it directly to my blog. It's not long (a tad over 3 mins), but blogger says it's too long to post directly.

And yeah, I can't believe that's me -- in a local variety show (Hank Duke's Good Time Variety Show).  I've never acted or (believe it or not) wrestled before.

My opponent claims he's fine, despite an overnight stay in the ER and many purple bruises. (Just kidding, they're pink now.) Strangely, I also didn't notice his limp, his wheelchair, or full-body cast before we fought. I guess I don't know my own strength.

I love you, my sillies.
Take care of yourselves. Forgive my absence, and I'll see you in October.
Robyn

Posted by Rawknrobyn.blogspot.com 19 comments
Email ThisBlogThis!Share to TwitterShare to FacebookShare to Pinterest

Memo to the Men I've Been Not Dating


Dear Guys Who I've Been Not Dating These Days,
What is wrong with you? Never mind, I don’t have the time.
Here’s some unsolicited advice.

·       Dude 1, DO NOT fail to call a woman when you say you will and then contact her the following week with no excuse for your failure to call earlier except “I was busy.” Don’t then engage her in a second in-depth conversation, at the end of which you promise a phone-call about a plan for the upcoming Saturday night. Then, don’t fail to contact her to make said plan for Saturday night. By all means, don’t have the nerve to show up with a buddy at the club you’d suggested you’d go to together on Saturday night. When she sees you at this club on Saturday night, and the music stops (conveniently, between songs), and all eyes on you, all ears on her, and she inquires angrily about your inability to use a phone, twice now, don’t say this: “I lost your number, and I didn’t want to go through my phone to leave messages.” Because when she publicly shames you, after which she exchanges fist-bumps with a male friend, and the crowd looks on approvingly (or sympathetically, or perhaps, fearfully because, as male friend says, she’s “pretty intimidating!”), you’ll feel smaller than you already are. Don’t do it, dude.
·
Dude 2, DO NOT text her 10 times between the night you met and 1pm the next day. Don’t write, “So your ignoring my messages. LOL.,” and when she responds the next morning with “Got home late, needed sleep,” don’t reply: “Apologies, but who is this?” and then, “Robyn/Gal’s name, this is dude 2 from last night.” She knows. Stop! Don’t do it, dude. PS Learn about the apostrophe.
·
Dude 3, DO NOT have a cute, endearing smile and tell her how much you want to see her, after telling her you’re not ready for a relationship, and after dissing her to go sell baseball cards on EBay. Don’t take for granted that she’ll wait for you to man up, or that she wants to hang out in the friend-zone. Go for a grand slam, if you earn her trust back first, or don’t play at all. Don’t do it, dude.

Dude 4, DO NOT get or stay in your usual drunken state at a party, chat with a lady in a crowded room, tell her you're married, and -out of the blue- pucker your lips and lean in towards her, as if she would be happy to kiss you. Eww, what is wrong with you? Never mind, I don't have the time. Don't do it, dude.

Dear Sillies,
I hope you’re safe.
Second, I hope you’re feeling strong--spiritually, emotionally, and physically.
I’m fine. These petty annoyances are my fault for failing to swear off the male species. But who knew the "not dating" thing could be so irritating? If I’m going to continue to not date, I’d like a little action on the side (with a nonmarried, decent one), you know? Oy vey.
Love you.
Take care.

Hi, Dear Friends,
Please, first, tell me that you are safe. We'll work on happy, upbeat moods later. Right now, there's too much scary stuff going on in the world. Let's hope our friend Yvonne got the xanax she requested; she's in Houston with family. Love ya, Yvonne. Stay safe. Okay?

I've needed extra doses of my drug of choice these days. So I sampled Chloe's Dark Chocolate, low cal popsicles. Yummy. It tastes light and chocolate-y, definitely satisfying. It didn't taste particularly dark, more like milk chocolate. But these are pretty darn good. I give it an 8 on a 1-10 scale. 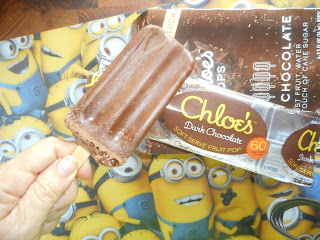 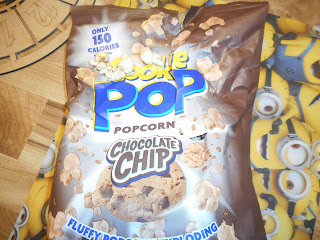 Next, I tried chocolate chip popcorn. I know, weird, right? Yeah, no good. Bad. They tasted like -I don't know- some type of cereal fail. Why try to combine sweet and salty, if you're not going to do either the sweet or the salty right? Don't try this one. I give it a 3 on a 1-10 scale. (I did finish the bag, so I can't honestly go lower. I've tasted worse.)

Man: Is four inches okay?
Woman: No sex before marriage!


(2) Give an unlikely name to the Royal Baby (Kate is pregnant with baby #3.)

Mum, why do I have more hair than Daddy?
Sh*t! Granny cursed like a sailor when I peed on her new hat.

Stay safe. Keep a smile.
Know that you are loved. 'Cuz I love you.