google images
Our email exchange was relatively spectacular. By this, I mean that the man proved capable of two-way written correspondence. Also, he claimed to look like Ernest Borgnine.

I googled Borgnine to find the goofy McHale’s Navy guy amid a highly impressive actor's resume and numerous Oscars; five marriages—including a 32-day union to Ethel Merman; and his trademark gaping space between the two front teeth.

I considered my suitor's photos. “I see it. That’s a good thing,” I wrote. “Borgnine has character. Or he had character. No offense to the dead, but one’s character flattens once they flat-line.”

He didn’t respond. Could he be lacking in a sense of humor? I wondered. I'd find out when we met at Mom’s Restaurant in Chico for a brunch date...

“I’m going to take an on-line psychology class,” Boring said, as the waitress placed  our meals on the table. “And I’m going to learn Spanish once I get my truck fixed. So I can drive to Butte College cuz I’d rather use it than my little VW. Funny, I had to get the neighbor to give it a jump-start yesterday morning when I ran out of dog food and the truck needed an oil change so I didn’t want to drive it until I took care of that. That thing is really old. It’s like a 82, over 240,000 miles on it. I got it when I…”

I flashed a polite grin, poured syrup on my French toast, and watched his lips move up and down, up and down, robotically. Borgnine died at age 95 in 2012. The similarity hit me over the head; they're equally interesting, in the aftermath of Borgnine's death.

Boring did pay for my meal, held the door open for me, and was gentlemanly. But this didn’t negate my desire to extend my arm out, sweep our plates off the table and onto the floor, then launch atop the table and belt out "Everything's coming up roses!" to shake things up.

"Well after I learn psychology, we'll shrink each other," Boring declared.

I countered cheerily, "No thanks. I’m short enough."

Boring then shifted the conversation to talk about...I don’t know. I wasn't listening.

The date ended badly: Boring wanted to see me again. I kinda froze up and replied with a “sure, yeah, me too.” I called a few days later to tell him, with apologies, that I wasn’t interested. He felt bad. So did I, though not nearly as bad as I felt listening to a droner with the personality of an expired Ernest Borgnine; compelled to explain that I had used a conversational tactic called humor. He should try it. All droners should.

Post script: Ernest Borgnine, you had as much character as talent, a nice long run, and a month-long marriage to Merman. May you rest in peace!

Ethel Merman (according to google images)

Happy Easter from Chico, CA! Sundays in My City

See what's happening around the globe this Easter Sunday thanks to UnknownMami's Sundays in My City. 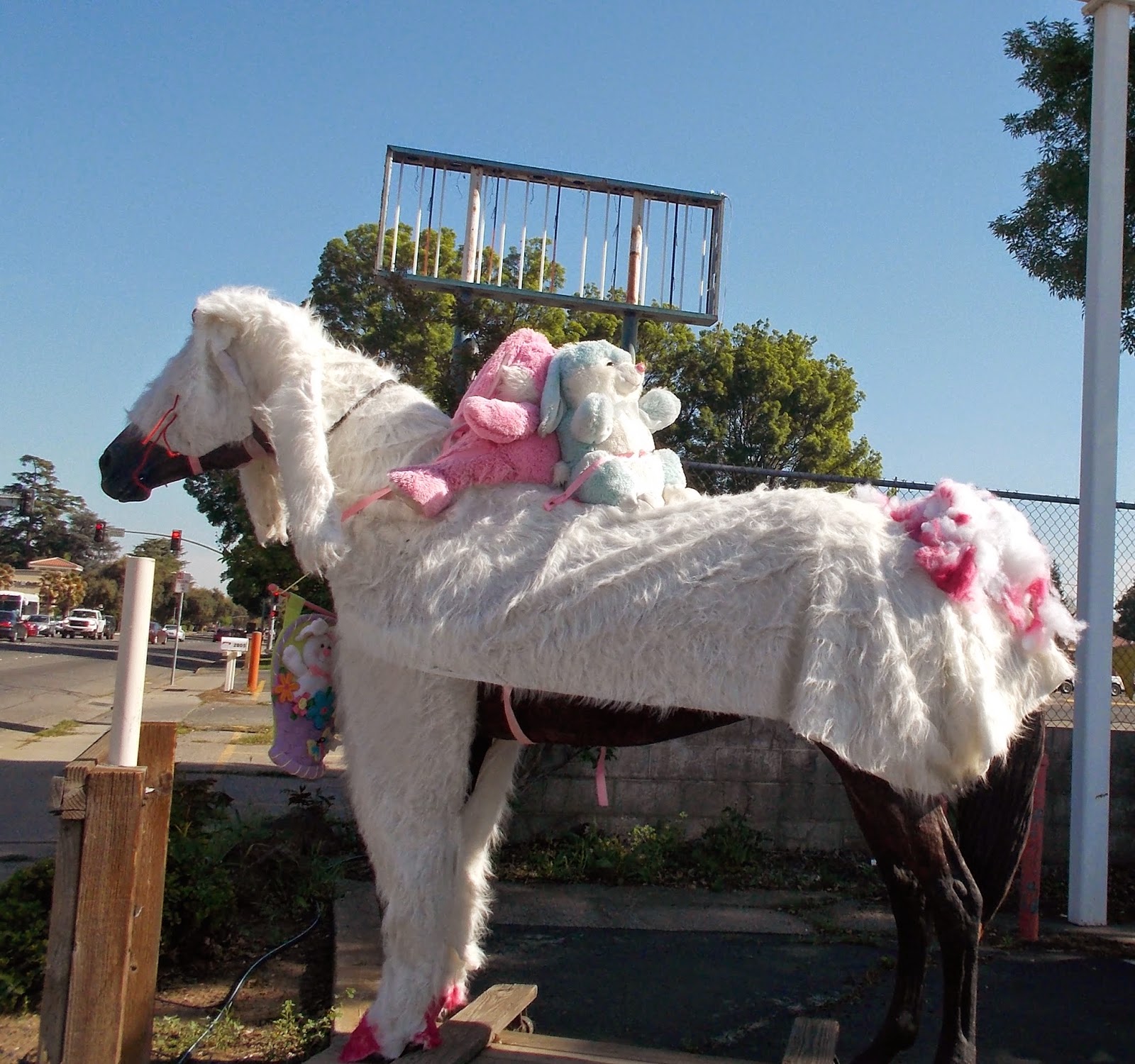 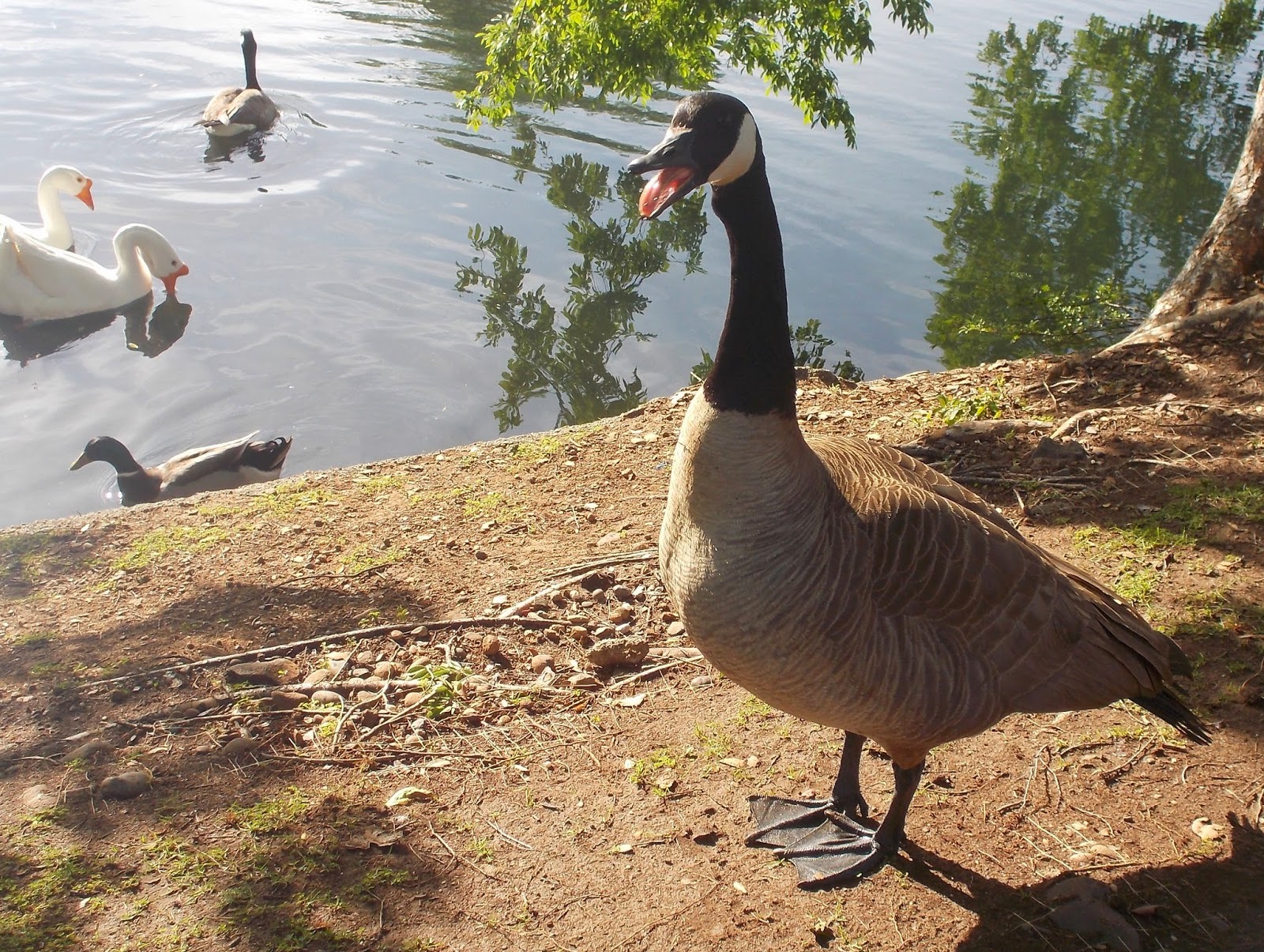 and Snake Duck. He hisses, and look at that tongue! [I didn't even know that ducks have tongues until this one tried to lick me.] 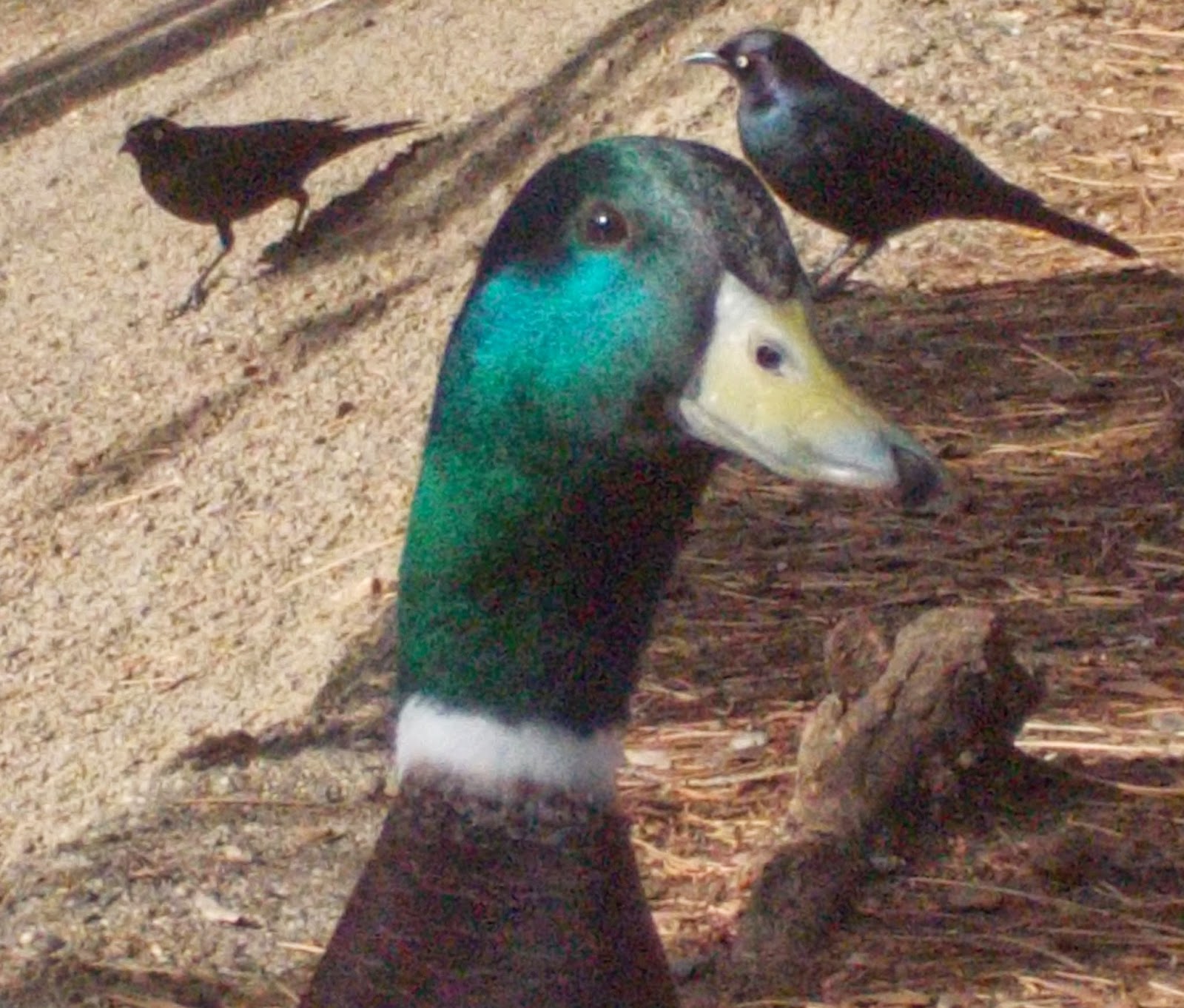 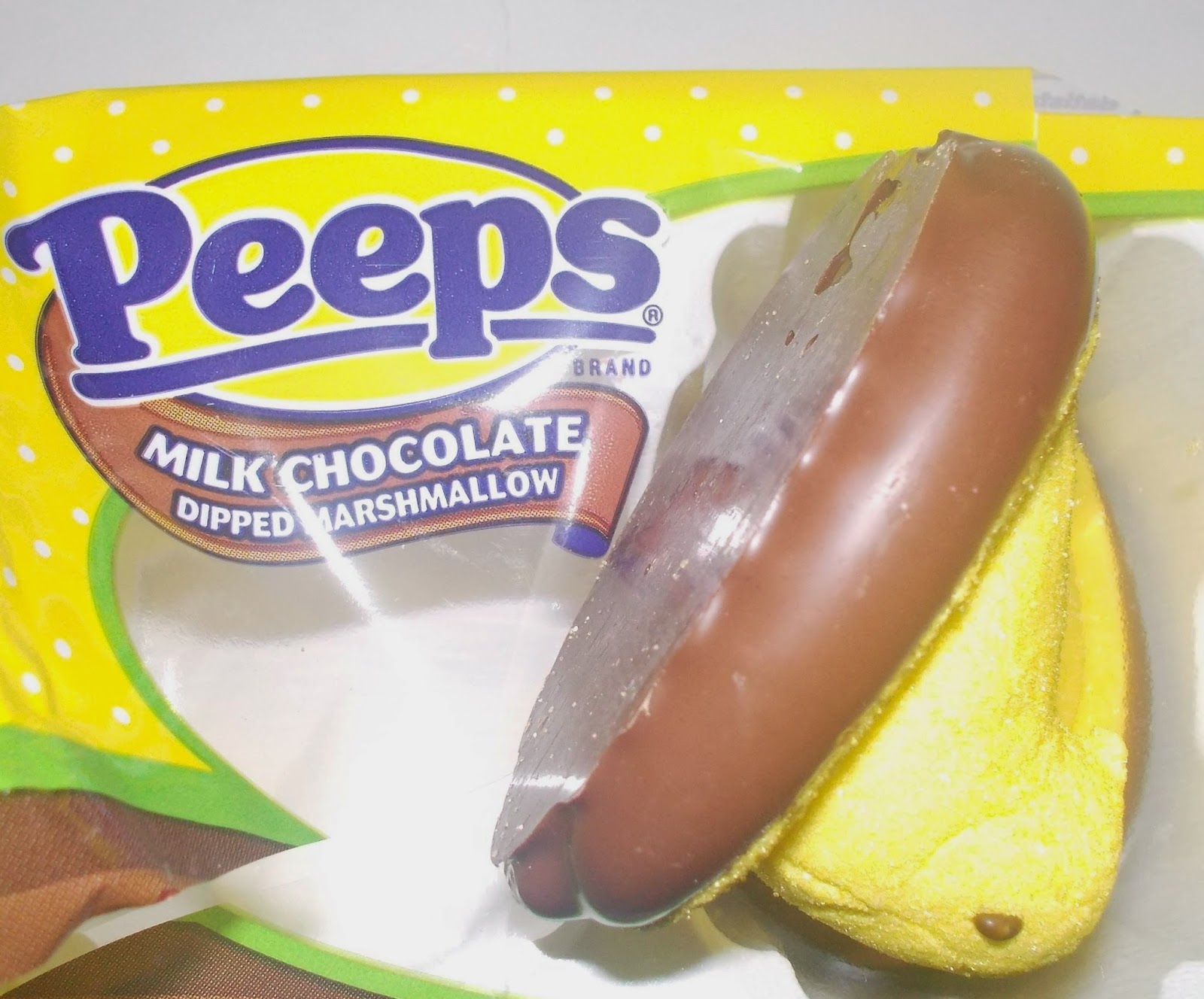 
Have a blessed Easter Sunday and new week.

Posted by Rawknrobyn.blogspot.com 40 comments
Email ThisBlogThis!Share to TwitterShare to FacebookShare to Pinterest

I received this from a friend yesterday, and I thought you'd like it. 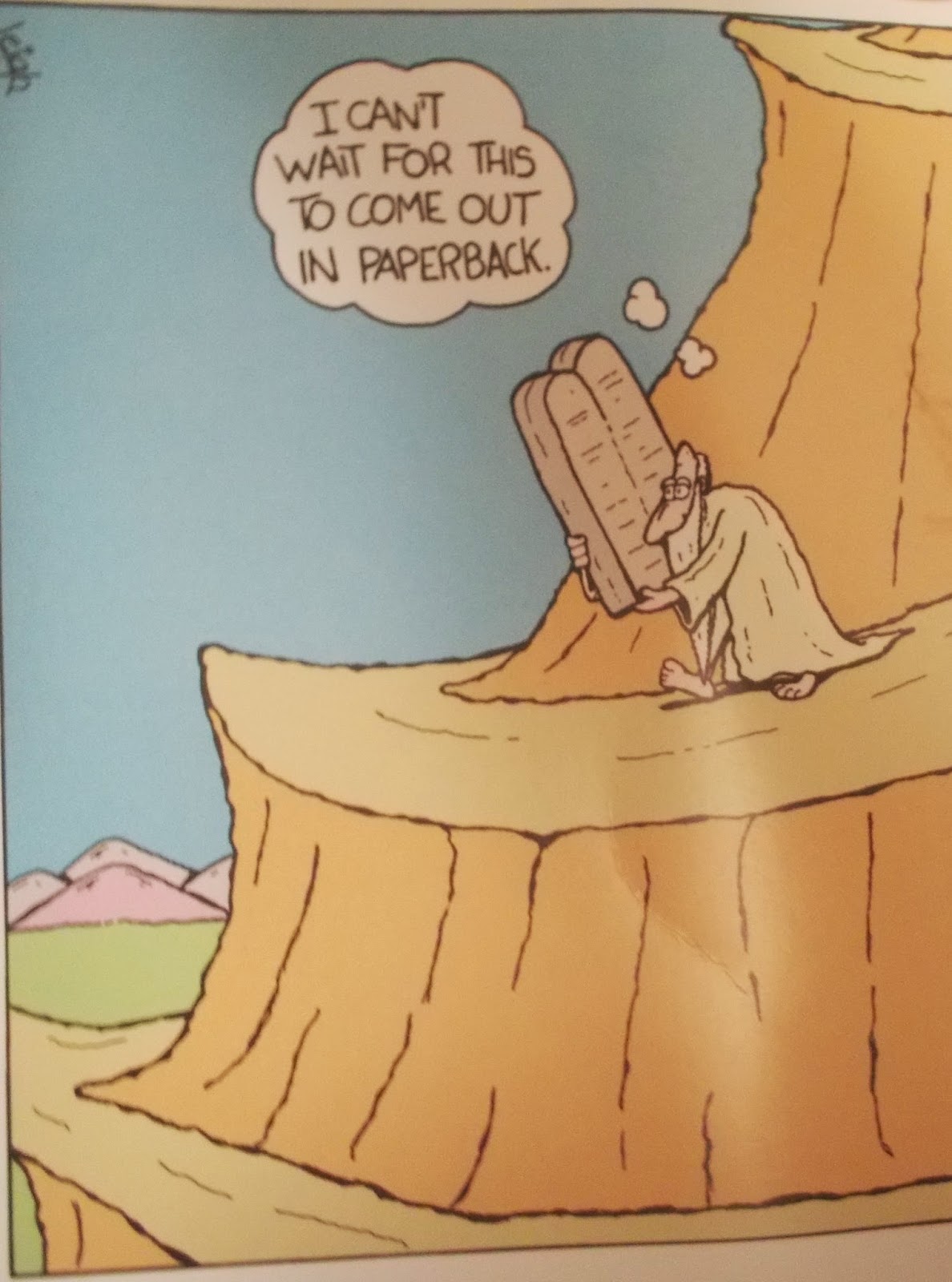 It's Passover, time to celebrate our many freedoms. Rich traditions and delicious foods make this holiday a favorite of Jews and non-Jews alike. 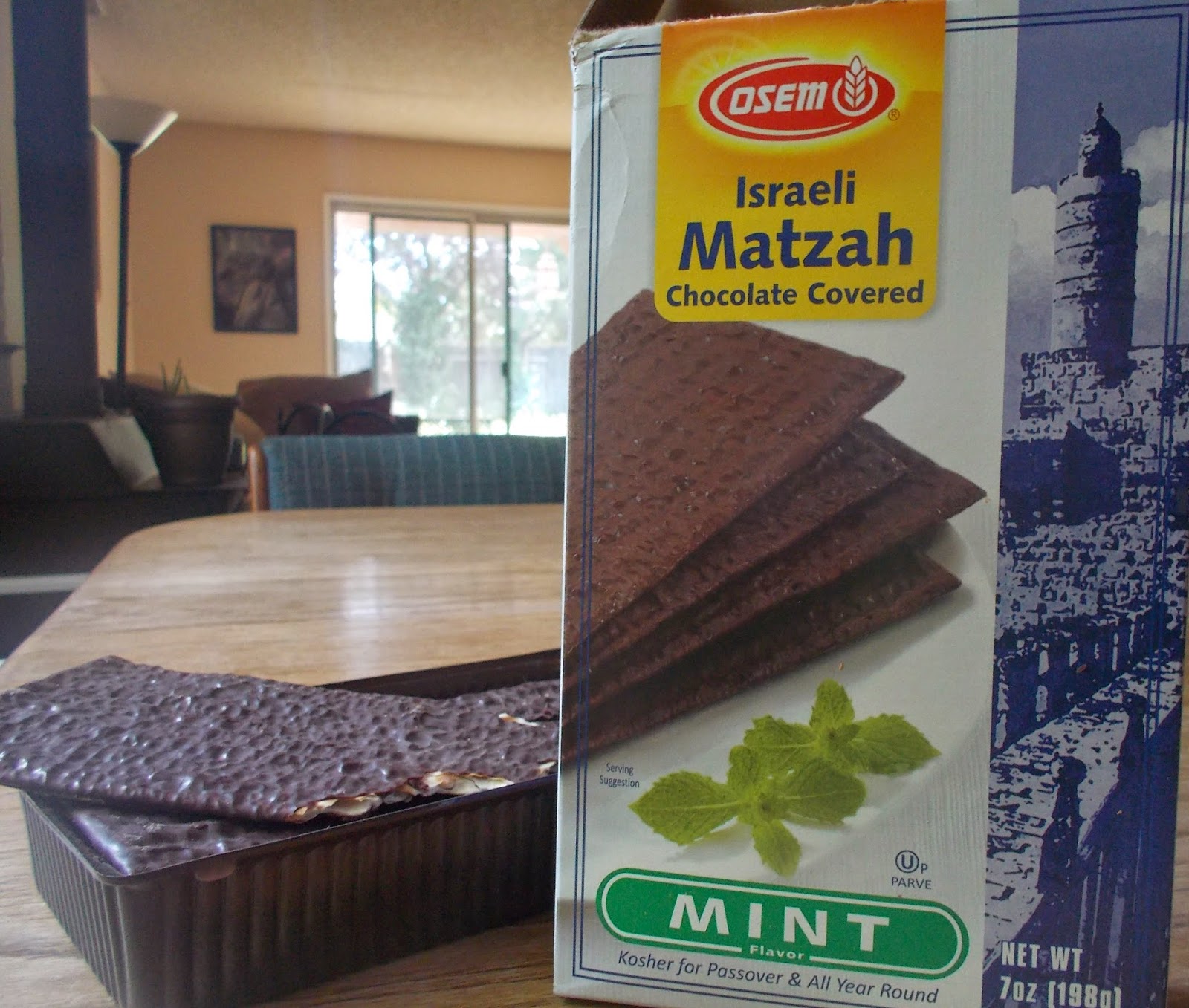 Ever try chocolate covered matzah?
We eat the Matzah cracker during Passover. Generally, Matzah is flavorless.

But Osem's Israeli Mint Chocolate Covered Matzah....oy vey, it's so good, I'm telling you. This you should eat, eat and eat some more! The mint is prominent and blends nicely with the chocolate. Mint's good about doing that. The matzah adds a necessary crunch factor. Furthermore, this matzah is extra holy, kosher for Passover, and --by my estimation-- essential in order to experience the sweetness of freedom. Matzah is generally pricy compared to - say - Saltines, because of all that's involved in its preparation. This matzah is no exception, though it's worth the five dollars I paid for a box of five large pieces/servings. I found it at Safeway.

I give Osem's Chocolate Mint Israeli Matzah a 10 out of 10. [I'm a bit scared of docking it and thus needing to answer to a Higher Authority.]
~~~~~~~~~~~~~~~~~~~~~~~~~~~~~~~~~~~~PART II.
I can't think of an appropriate transition from the subject of Passover to my uterus, so I'll just make the leap. Last year at this time, I had a major health scare that necessitated a full hysterectomy. My semi-humorous piece about the process is in competition. I HATE asking favors; you're all swamped. But the winner gets money. I like money. So if you'd kindly "like" my article by clicking the facebook icon under it HERE, you'll increase my chances of winning. Comments help too, but I'm just needing more "likes" right now. Thanks so much!


That pimple’s the size of Mt. Whitney, I thought, as I tried not to stare at my date’s forehead. How did things go so wrong? His ad boasts a “heart of gold,” and our discourse was fun.

We’d only been sitting there for a minute or two, when the waitress brought my chocolate chip pancakes and chocolate chai tea. He’d paid. Thankfully.

“I’m managing his campaign,” my date said, chowing down on french toast. “I always give them great deals. I collect my salary after they win,” he continued. “I got 90,000 after one campaign and now she won’t even talk to me. Local politicians are calling me all morning to find out my secrets. They want me to work for them...”

He spoke in a tone of fast paced, matter of fact arrogance. I sipped my tea and poured more syrup on my pancakes. “So you don’t care if their politics are opposite yours?” I interrupted.

He reiterated that he earned 90,000 from one campaign. My date then picked up his phone. He tapped on its face with his fingertips, studied it endearingly, lovingly, almost lustfully even. He very gently placed it face down on the table in front of him.

“You have somewhere to be?” I asked, devouring my pancakes.

He informed that his boss, who’s running for ASSessor (of BUTTe county), dropped him off. The guy’s six minutes away and will be picking him up. He handled his phone again, eyed it, and then carefully turned it over on the coffee table face down once more. I watched him pat it affectionately, as I gulped down some tea.

Then, my date grabbed his phone from the table and looked at it, saying to me, “Well, it was great seeing you again.”

What the hell? You never saw me before. In fact, you studied your phone more than me. That’s three times now in the last 20 minutes! You’re kicking me out? I haven’t finished my chocolate chai tea, and there’s some lick-worthy syrup left on my plate, rudeASSessor guy!
~~~~~~~~~~~~~~~~~~~~~~~~~~~~~
Kicked out by a pimple faced haughty campaign manager [for a Butte County Assessor candidate], who’s having a love affair with his phone, I now urge all locals to get out and vote for anyone running against the politician he represents. And try the chocolate chip pancakes at Beatniks on 32nd. They’re delicious.

Happily Ever After, New Bride

"As wonderful as things are at this moment," Rabbi Wyse promised, "it will get even better, better than you could ever imagine."

Touched by these words, I stood teary-eyed with my new husband, an expansive rainbow colored stained glass window accentuating our loving aura. It was indeed a magical day, and a delectable future beckoned entry.

The months and years to follow, though? Not so much. Okay, when does this happily ever after thing kick in? I wondered, as life plummeted into a miserable abyss. How could a man of the cloth be so off base?

More recently, however, I learned the wisdom behind those words. The Rabbi was right, after all. It would get even better than I ever dreamed it could be. I just didn't realize it would take so long after the marriage, and the divorce, to find my happily ever after.

Posted by Rawknrobyn.blogspot.com 44 comments
Email ThisBlogThis!Share to TwitterShare to FacebookShare to Pinterest

To all my friends doing both the A-Z Challenge AND the IWSG, I applaud you. I'm also honored that you've stopped by. Thank you, and thanks to Alex J. Cavanaugh for keeping this tradition alive. As you all know by now, the IWSG is Alex's brainchild. It provides a space for revealing writer-ly insecurities, supporting each other, and -in my case- interviewing some of the brightest, dimmest and weirdest of celebrities.

Ladies and Gentleman, today, I present a woman who shot straight to international musical fame five years ago, adding an indescribably unique flavor, audacity and bacon attire. Let's give it up for Lady Gaga! The crowd roars. The curtains part, and a band of oompa loompas marches across the stage singing their theme song. Oompa Loompa Doobidy Di...Then two short, chubby men trudge onto the stage carrying a large animal cage, in which rests a costumed Gaga.As the men approach center stage, we recognize them as Danny DeVito and Jason Alexander (aka George Costanza); we just don't know which is which.

Lady Gaga is dressed as a platypus skeleton. We know this because of the big graphic that McCaulay Culkin holds up to the audience before flashing Robyn his middle finger. Danny and Jason set the caged Gaga down. They scurry away to catch up with the oompa loompas for dwarf  tossing games.


Robyn: Yeah. Some say Uranus is art. And I did a little research. You're actually a lot more brilliant and talented than I thought. I mean, you played piano by age four and got into Juilliard by eleven. Not bad. Why the need to dress as a platypus and weird sh*t like that?

Lady Gaga: I don't know what you mean. This is who the f*ck I am!

Robyn: Okay. Hey, no problem or hard feelings, Gags. Say, do you have any advice for insecure writers? You've written a lot of books. And you don't seem insecure in the slightest.

Robyn: I like that. I've also read, though, that while you claim to be all humanitarian and stuff, you're not a charitable person by any means. What do you have to say to that?

Lady Gaga: Ignore all hatred and criticism. Live for what you create and die protecting it.

Robyn: That's really profound. I like it. Pretty good for a pus. Robyn chuckles, amused by herself.

Gaga rolls her eyes. Get me out of this damn thing, would ya?

Robyn: Sure thing. Robyn swings open the cage door, and Gaga crawls out with her skeleton platypus costume still on and intact. Gaga stands up and offers Robyn a half-smile.

Robyn looks at the camera. Thank you for coming to today's show, everybody.

Gaga nods "yes" and the two appear to engage in friendly banter as they walk off the stage.