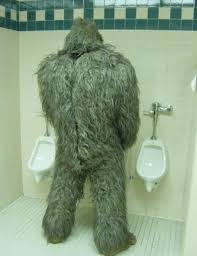 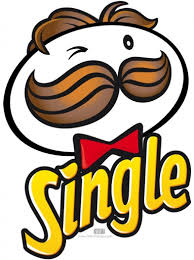 Posted by Rawknrobyn.blogspot.com 36 comments
Email ThisBlogThis!Share to TwitterShare to FacebookShare to Pinterest

The cast and crew of Life by Chocolate gathered to vote on your funniest comments of the year. When I asked Macaulay Culkin (he needed the work) to sort through over 17,000 comments to determine his top picks, he said something I can't pronounce or spell. Then he disappeared to catch burglars or tweak or something. Thus it was all up to me. That said, it's Macaulay's fault if you aren't featured below.

Truth be told, I didn't actually read through over 17,000 comments, so I likely missed yours. I did capture some gems, though. In fact, I wasn't able to narrow it down to 10, as I originally intended. Instead, I've listed 20, in no particular order.

Thank you all for your supportive, silly, caring, and hilarious words. You help make Life by Chocolate the sweet and spunky place it's been for nearly five years.

4) Alex J. Cavanaugh said...If he met Chewy during a family reunion, that's a giveaway that the man probably goes through razors like there's no tomorrow.

5) Melissa Bradley said...He met Chewy in the woods?!! It's Chewie as any Star Wars fan knows. If he can't get that right, why bother dating him? I mean he should know that Chewy is an adjective not a Wookie.

6) A Beer For The Shower said...I won't go NEAR anyone that has an anus. That's just gross. I mean, have a little dignity, please.

7) Gorilla Bananas said..."Make Feel Some Type Of Way" definitely has potential as a song lyric. Maybe a duet involving Pee Wee Herman and Kermit the Frog.

8) Al Penwasser said One peacock to another: "What do you mean, size matters?"


9) Alex J. Cavanaugh said...She tied him up? Literally? And that was a problem?

10) Theresa said...You certainly don't want to get stuck with someone who can't stand to be tied up every now and again, eh? Where's the adventure in that!?

11) Debra She Who Seeks said...Poor Rudolf. It happens to all males eventually.

15) klahanie said…You would go to Fartasy Island and some little dude would call out, "The Pain! The Pain!"

18) Stephen Hayes said He might make a great lay but I wouldn't get emotionally involved.

19) My Journey With Candida said You WILL get sand in your crack and anywhere else it can go.

20) Momma Fargo said...Sand Up The Crack is not fun. Always be on top. You will have exfoliated knees. I can't believe I just typed that. And I can't believe I'm going to publish this comment. 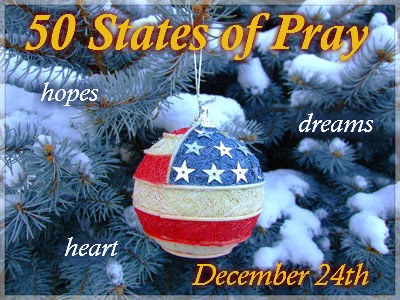 I'm one of four Californians participating in Mark Koopmans' bloghop, 50 States of Pray. If you don't already know this, Mr. Koopmans is a warm and friendly resident of Hawaii. So I call him "Mr. Roarke." (Fantasy Island reference.) Mr. Roarke's bloghop offers a beautiful way to mark Xmas Eve in blogland, and I'm lending my Jewish voice.

Judaism emphasizes a concept called "Tikkun Olam" (pronounced tea-koon oh-lomm). This means a healed world. We not only pray for this, but each of us is obligated do our part to bring about peace on earth.

Together: A Prayer for the World

May dreams be held and given birth
That none shall doubt their precious worth.

May love pervade
All life, renew
Wounds be sealed
and scars be few.

The world so huge
My role so small


Together, may we do it all.

I'm not feeling particularly cheery this holiday season. I'm not depressed either, just in a somber, existential kinda place. Thus, the deep darkness to follow. Sorry if you dropped by for cheer. I'll bring it back real soon. 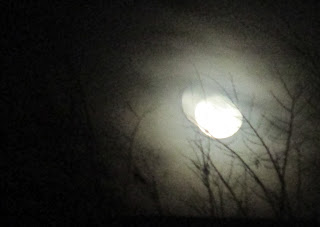 'Tis the season
Gone all reason.

Silent night, Holy night.
All is calm. All is bright.

Cancer strikes
With shameless might.
A beautiful sight
So happy tonight.

Betwixt the refuge
Love is glistening.

Sleigh bells ring,
but
Are you listening?

Reasons for Celibacy #277-285 and MARRY CHRISTMAS!

It's been a long dry spell, lasting through most of 2013. I've expelled more reasons for this below. As always, the ads (in bold) are lifted from men's actual attempts to attract women on-line.

Enjoy, and keep a smile.
We're almost through the holiday madness. Right?

Another question it's That I feared
I have no hobbies. What are goals?
I raked all my woman over the coals
It wasn't something that I'd planned
They had it coming you ladies understand?
Messing around don't get mad

Well, aren’t you funny?
Quite the card.
I bet your man-card’s big and hard.
Don’t mind my rhyme; it’s on-the-spot.
And big, hard man-cards make me hot.
Don’t take it out, though
You can’t come in.
Your card’s expired.
My patience thin.
I’m going now, but don’t feel bad.
I prefer men who can rhyme with “mad.”

REASON #279:
Ok I'm here now, what're yout next 2 wishes?
1) A nice luscious piece of chocolate cheesecake for me.
2) Hooked on Phonics for you.
REASON #280:
Time is non-existent
In that case, I have loads of time for you, Einstein.

REASON #281:
LIVE LIFE LIKE IT WAS YOUR LAST
Do you know something that I don’t?

REASON #282:
Looking for a european super model:)
Have you checked out the Lamborghini dealer on the north side of town?

REASON #283:
Things that go clunk in the night.
Hint, honey: That might be the reason your women never spend the night.

Headline: Not ready to commit to an essay at this time
Looking for: Actively seeking a relationship