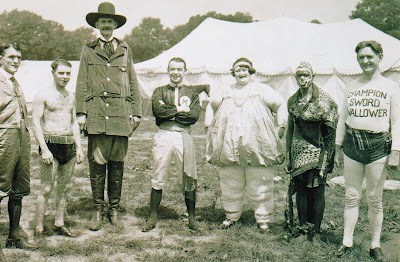 Preface: This is written with the primary intent of offending Americans, and especially those particular Americans listed below. Oh, did I mention that I’m part Canadian? If we apply Jewish law, I’m fully Canadian, since my mom was Canadian. Given that it’s Passover and all, let’s just say I’m a full fledged Canadian like my friend Sarah. To anyone who reads your name on this list, I apologize. I assumed you can’t read.


1) The cop who pulled Jesse James over for speeding, only to let him off the hook when James whined about losing Sandra, in favor of a walking Nazi tattoo who weighs 50 pounds.

2) Jesse James. For attire alone, he’s a fool. If you’re going to have the paparazzi taking pictures of your every move, would you kindly wear something but farmer attire!? We know he owns one suit or was able to rent, 'cuz he wore it to the Oscars. Further, given his favorite activity, you’d think he’d wear something with easier access than overalls, if you know what I mean.

3) Tiger Woods, last seen in a Southern California bar paying James off for taking the heat for a minute so he can get back to, uh, putting.

4) Elin Nordegen. Three months since she tried to beat him – oops, excuse the typo. I mean since she tried to rescue him from a crashed vehicle - with a golf club, she’s still there to play Tiger’s happy wife. Here’s hoping you have a plan we don’t know about, girlfriend. Perhaps it involves a driving iron, a big pair of scissors, and Lorena Bobbit’s “How To” book.

6) Brangelina? Note: No explanation is forthcoming as to why Brad Pitt and Angelina Jolie are combined in #6, or in this universe. I’m rather sick of seeing their faces on every magazine cover in every rack in every store in every corner of the universe, or, at least, within a 5 mile radius of my little home for the past decade.

7) The inventor of mini chocolate morsels. I’m all for midget rights, but that’s pure torture.

9) Joe Shmoe Standardteabagger, because, God forbid, over 30 million more Americans will be able to get medical treatment when sick. What a foolish country we are becoming.

10) YOU NOMINATE #10. Go foolishly wild here. Feel free to nominate yourself even, if you're a fool. Person with the winning nomination will get unending foolish recognition.