Hosted by Mark Koopmans, Morgan Shamy, David Powers King and Stephen Tremp, this is our way of saying thanks to Alex J. Cavanaugh. 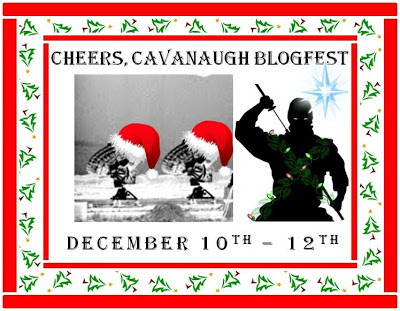 "Have you ever attended a holiday party where you bump into the one person who's always been there for you throughout the last year? You’d want to thank them for being incredibly stellar, right? If there’s one person in the Blogosphere who you would want to say cheers to, who would it be? For us, it was a no-brainer - Alex 'no hyperlink needed' Cavanaugh!

3) In +/- 20 words, Who does Alex remind you of?
Mr. Wilson from Home Improvement. He's worldly, always there, wise, and you never see his face - though I imagine he resembles Rico Suave.
·
·       4) In +/- 100 words, (excluding the title), Write flash fiction using all these prompts: Cavanaugh, Ninja, IWSG, Cosbolt, Guitar.  I took this in a different direction and wrote a song instead.


Who Needs Santa When We Have Cavanaugh?
Sung to the tune of Santa Claus is Coming to Town

His talent and care
Make Alex a star
Chewing Hot Tamales
While strummin' his guitar
Captain Ninja's never too far!

He calms you when you're hurried.
He helps you to believe.
When fraught with insecurity,
No fear! Join his I-W-S-G!

You full of self-doubt and not gonna lie?
Wanna soar a Cosbolt but too chicken to fly?
Who needs Santa when we have Cavanaugh?

[Repeat this line until all Hot Tamales have been eaten.]

Bonus points, in +/-40 words, comment to Mrs. Cavanaugh to thank her for sharing Alex:

Dear Mrs. Cavanaugh, thank you for sharing Alex's time with us. And you're welcome for my annual Halloween Erotica post. Wink, wink.