Woman vs. Woman (for mature audiences and then some) 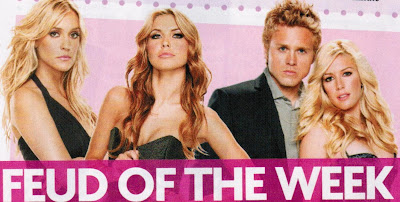 continued from Drawer to Drawer Revelations.

Suppose, I don’t know, just for fun, the two women duke it out.

In this corner: Mrs. Mary Duh. She’s practiced and experienced. She knows how to pull the punches and dodge the blows. She’s overcome the worst of it. Though a bit haggard, Mary Duh is wise from the wear. She’s got it all down, or so she has convinced the audience.

In the other corner: Miss Sin Gal. She’s younger, more ambitious, sexy, and determined to take the title. In truth, a bit desperate and insecure, Sin Gal hides it well. Straight from the dating scene, she’s primed with fighter’s instincts. She’s ready to knock the Mrs. dead.

Enraged, jealous, and sexually repressed, Mary Duh thrusts the initial blow. Sick of all the dating bullshit, Sin Gal reflexively pounds back. She hammers at Mary Duh, unleashing her pent up fears of STDs and unplanned pregnancies. Her routine fight for personal integrity and safety unfolds.Bonked by her kids countless times, Mary Duh retaliates in style. She goes in with a left hook, fuming with desire to turn back time.

The crowd gasps in horror as Sin Gal lay flat on her back mid-ring. Everyone in the stands had a lonely cousin, a brother’s marginally alcoholic but handsome buddy, and/or a wealthy widowed neighbor to fix her up with. So she can’t be dead! Each of them had a story to tell her, something like, “I met my husband on a 7-1/2 day cruise to Oahu. Take the same cruise, on the same cruise line, during the same time of year.” "Look how happy we are. See us smile." "Honey, smile now."

Suddenly, Sin Gal’s body jolts. She isn’t dead. The crowd sighs with relief. But her clock is ticking. “Come on,” they shout, “Hurry up and get married. We mean, hurry up and get Mary Duh!”“There’s always adoption. There are so many kids who need you. But watch out for the attachment stuff. Make sure they’re under 2 and perfectly healthy.”

Sin Gal pushes herself up onto her feet. Oh how she wants to get Mary Duh. The time has come. Red faced Mary Duh has just plain had it. They wrestle each other to the ground, shout rather unfavorable and non-ladylike utterances, and finally collapse in parallel fashion with exhaustion.

They thrust themselves up with renewed fervor. They glare at each other and shake hands. Their fingers dangle a bit but the tips naturally stay connected, bonded by sweat. With pep and giddiness, they leave the ring together. In unison, the audience exclaims, “Ooh, -pause- aah.” The women saunter off, sharing fantasies about getting into each other’s drawers. The lights go off.