Note: this is a re-post from 11/10. A few of you commented on it back then, including Alex, who noted that the parents were rather young (10 and 12 years old) when they had kids. Oops. What did I know? Not much less than I do now....

Robyn's New Book was released on January 31, 1973, when I was 6. It's self-illustrated, self-edited, self-published, and stapled together by self. Not to brag, but I was a better artist and stapler then than I am now. Some of the words got cut off, especially as the plot thickens (damn publisher!), but I hope you can decipher the deeper meaning. 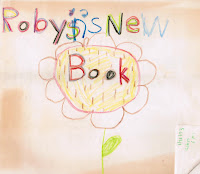 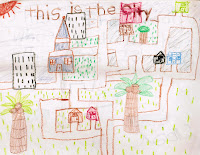 See the palm trees and high-rises?
I grew up in Los Angeles. 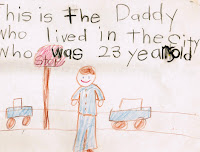 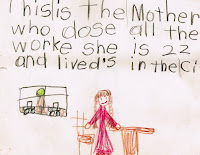 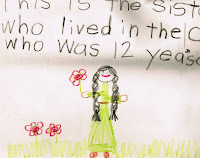 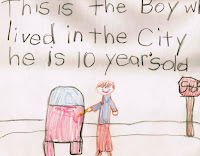 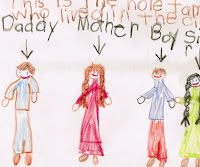