I hope this finds you feeling alright, effectively contending whatever challenges you in these tough times.
August was never my favorite. I actually loathe it.
That said, let's fake excitement about the new month. Historically, August includes NATIONAL UNDERWEAR DAY!
Take care of yourselves, stay as cool as possible, and eat chocolate (or your sinful pleasure, whatever that may be) as needed.
Love you.

From Wikipedia: August was originally named Sextilis in Latin because it was the sixth month in the original ten-month Roman calendar under Romulus in 753 BC. SEXTILIS!? Happy *smirk and childish expressions* Sextilis, my friends! That sounds so scandalous, doesn't it? May it be so.

Did you know that August 5 is National Underwear Day?

In honor of National Underwear Day, nationwide events have encouraged the 80% of us who've worn the same style of underwear their whole lives*  to try something new. 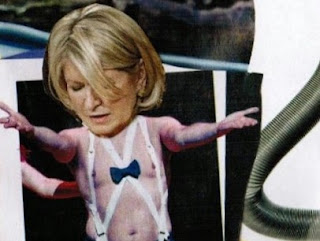 But Martha Stewart is ready. She's always ready. For what? That's the question.