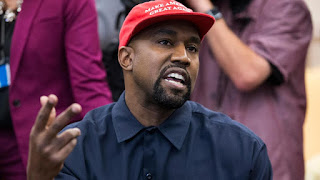 Robyn, center stage with a microphone, wearing an extra long pink t-shirt that reads, in bold white font, "Bernie is my everything!": My Sillies, with each passing hour, we wonder how things could get worse. Right? And then it does. Like, Kanye West is actually running for POSUS. Oops -giggle- I mean, POTUS. Worse yet, he's here today for an exclusive interview! The audience fills two of Life by Chocolate's 170 row stadium--all of the Kardashians and Jenners in the first row, and Beyoncé in the middle of the second with scores of security guards on either side. Caitlyn Jenner cheers, raises her arms to form a "V" and begins running laps around the seats.

Robyn: Come on out here, Kanye!...Kanye?...Mr. West! Nobody breaks through the stage curtains. Jesus Christ, wha--Kanye enters from behind the curtains, his arms extended horizontally, in Christ-like form. Cool, dude. You're running for Prez. Kim could have more closet space, and your baby North West could have play dates in the West Wing! Think about it, North West in the West Wing! -giggle, snort.-

Kanye: The maximum increase would be everybody that has a baby gets a million dollars or something in that range. *Actual quote.

Robyn: But you're already filthy rich. Bro, I wonder why you wanna be Prez. Like, do you have any idea about human suffering?

Kanye: My greatest pain in life is that I will never be able to see myself perform life.*Actual quote

Robyn,befuddled. Say what? You've made baseless and asinine comments. You even said that Harriet Tubman didn't actually free slaves. Don't you think we've had enough idiocy and narcissism?

Kanye, enraged. Quit talking sh*t! I don't do idiocy. I'm loyal to my wife! And I ain't got no time for Narnia sh*t either. I don't read.

Robyn: No kidding.  Rolls her eyes. You need to leave. Any final words?

Kanye: Yeah, Beyoncé had one of the best videos of all time, one of the best videos of all time.*another actual quote, when he snatched Swift's Video Music Award out of her hands, 2009. Beyoncé stands and squeals, "Thank you, my friend!" Caitlyn keeps running laps around the studio with her arms in a victory "V." Everyone else, including security, is gone. Robyn addresses Kanye: GO! NOW!

Robyn: I'm very sorry, my friends. But No Neck Ed 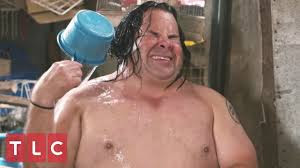 refused today's gig. I was desperate. Please return. It won't happen again. I do love you.

Posted by Rawknrobyn.blogspot.com
Email ThisBlogThis!Share to TwitterShare to FacebookShare to Pinterest
Labels: #Kanye West for President #North West in the West Wing #More closet space for Kim Kardashian #No Neck Ed said 'no' for first time ever