Paradise, 6 Months After The Camp Fire

Dear Silly Hearts,
I held out as long as I could, but upgraded last month. My old fashioned flip-phone kept cutting out. I thus caved and went the way of Android.
Please forgive my shaky hands in the 2-min video of Paradise; I'm still learning. We always are, aren't we? Some of us (pointing at self) have steeper curves than others.
It's been six months since the Camp Fire.
A main point I'm making, one that's honest yet intensely sad, is that close to 400 (and not 85) people perished. Because every single life is worthy and should not be dismissed, I'd like to dismantle that myth.
To explain a bit, the statistic on the number of people unaccounted for had quickly disappeared, after I recorded it (296 or more). There's hush-hush around reports that hundreds of bodies were found huddled together, bodies that weren't identified. (85 is the number of identified, but I've seen claims of 85-88.) All forms of media have gone with this much lower number. It's easier to accept, although, very tragically, not true.
However, on a miraculous note, approximately 52,000 people survived. Given the fire so abruptly ravaged a region of land equal to the size of Chicago, this is incredible.
Everywhere there are signs of sadness and loss, hope and renewal can't be missed.
We are remarkably resilient, as is Mother Nature.

Go gently, and know that you're loved. 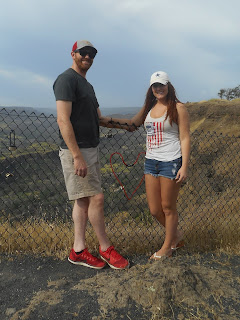 This sweet couple allowed me to post this. Between them is a heart in the fence, which she'd created. I told them that their love is exactly what I went to Paradise to capture. 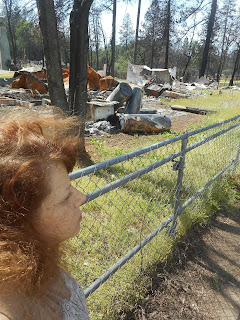 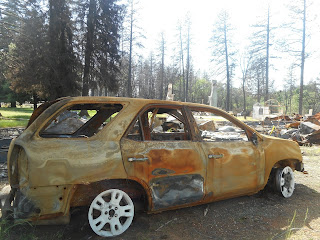 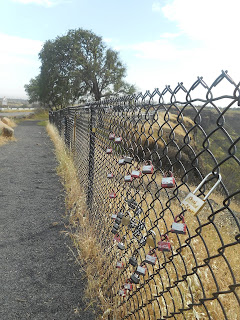 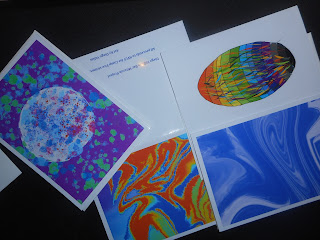 My dear young friend, Diego, made and is selling these cards for Camp Fire Relief. If you're interested ($4 each or $10 for 3), please message me at Rawknrobyn@aol.com. I'll take care of postage and send them to you. Thank you.
UGH. I have too much to learn. Sorry, seems you can't watch this...I'll work on it. Til then, be well and safe.