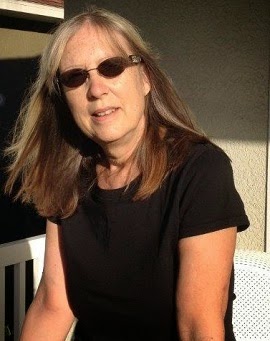 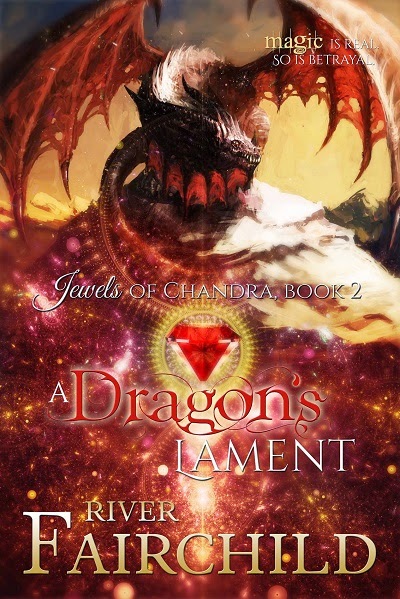 Today, my charming and quick-witted friend, River Fairchild, launches book 2 of her Jewels of Chandra series, A DRAGON'S LAMENT!

CONGRATULATIONS, River!
Much success with your newest jewel!


Magic is real. So is betrayal.

David enters the Fire Kingdom and events shift from bad to worse. He learns a shocking truth about the dragons, a truth destined to block his efforts to retrieve the lost magic of Shaylar from the ruling Council.  After a cave-in and injuries force a rescue, David finds himself more isolated than before as personal concerns scatter his trusted advisors and the wizard who led him there abandons him.

The head of the dragon Council negotiates separate deals with both David and his father, sowing further discord between them. David's close friend, Lothan, disappears into the caves and doesn't return. A group of dissidents kidnap Wilks, the child empath David is sworn to protect. With no options left, he accepts the Council's demands to help them in their centuries-old conflict, risking a war which might kill them all.

Even if David manages to win, there's no guarantee the dragons will let him leave the region alive. They don't want the Kingdom of Shaylar to rise again and will stop at nothing to see it remain a pile of dust.
You can find A Dragon's Lament on Amazon for just $2.99 here.

~~~~~~~~~~~~~~~~~~~~~~~~~~~~~~~~<<<<@
Next, thanks so much to all of you who voted for me by "liking" my story and/or leaving comments at Midlifecollage.com. My piece, "Goodbye, Ursula: Chronicle of a Hysterectomy" won! WOOHOO!! There's no entry fee for these weekly contests. You need only be 40-65 years of age. Submit a short non-fiction story. See site link for details. This blurb is unsolicited. It was a very pleasant process, and I'm glad to promote it.
~~~~~~~~~~~~~<<<@ ~~~~~~~~~~~~~~~<<<@
Third, a story about my story:
I set out to attain a two-sided page draft of my novel, Woman on the Verge of Paradise. With 183 papers held together by a measly green rubber-band, I trekked to the nearest office supplies store. There, a competent professional with copy machine expertise would expeditiously create a two-sided copy for me. So I assumed.
And I handed my doc to Supervisor Incomm Putunt (I.P., for short) at Staples. IP placed it in the feeder, pressed a button, then exclaimed,  "Oops! What's going on?" She waved over her colleague, Supervisor Comm Putunt (CP), for help.
Crap. Don't hurt my baby, I thought. Lots of years (2-1/2, though it feels like a lifetime) went into that one.
CP approached the machine, pressed a button, and walked away.
IP kept starting and stopping the copy process. She created a number of seemingly random piles with my doc, and my blood pressure surged toward unknown galaxies.
"Is there a problem?" I asked.
"Yes," IP responded. Sh*t! Nix my original plan of leaving the job to go for ice-cream at Baskin Robbins across the way.
"What page was I on?" IP asked me.
"I don't know. I'm the customer. You're making me a little bit nervous," I told her.
CP intervened again,...and again.
CP told IP "I'm going on my lunch break." No! Don't go until I have my book back!
Nearly half an hour after I'd walked in, the job was done. I went through page-by-page to make sure I had it all. I did, though several copies were shoddy, and edges had been chewed up. IP did not apologize. Per my insistence, though, she gave me a discount.
I have everything backed-up in approximately 23 different ways (flash drive, hard copies at home, copies emailed to my writing partners...), so no harm was done, except that I'm still frazzled and in need of blood pressure meds. Also, I missed an opportunity for Baskin Robbins.
~~~~~~~~~~~~~~~~~~~~~~~~~~~~~~~~~~~~~<<<@ Happy Cinco de Mayo!