Who's Your Hero? Blogfest: My Hero, Rachel Lloyd

JL Campbell tackles socially relevant issues that many prefer to ignore, such as the traumas endured by foster children. This week, we celebrate the release of her latest novel,Saving Sam, with a Who's Your Hero? Blogfest! Congratulations, JL! 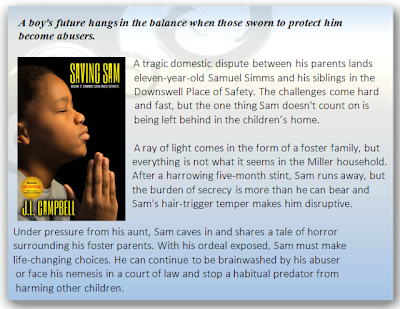 And now, my hero
Rachel Lloyd 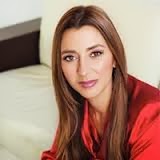 She's not famous like Snooki or Bieber. But she has scores of fans, most of whom are quietly grateful. She's a well-known expert on sex-trafficking and, specifically, the sexual exploitation of children. This disgusting multi-billion dollar industry remains the fastest growing industry in the world, reaping more dollars than Starbucks, Nike, and Google combined. Teens and young women (and a very small portion of males) are seduced into sex trafficking – through craigslist, at bus depots, shopping malls, parks…down the street from you and me. Human sex trafficking isn’t only a third-world problem. It's worldwide, and it’s striking in staggering numbers.

I was fortunate enough to attend a training by her. Halfway through the class, Rachel Lloyd said that she herself had escaped from life as a victim; she was a sex slave. Not only did Rachel survive horrifying brutalities, she founded a non-profit, GEMS (Girls' Educational and Mentoring Services) to help other victims of commercial sexual exploitation. A young woman in her early twenties then, Rachel had no money or concept of how to run a non-profit. She had the drive, though, along with personal insights and great compassion. Rachel speaks with sensitivity, eloquence, and exceptional competence. She also authored a powerful book, Girls Like Us.

GEMS has helped hundreds of female victims of sex trafficking. Rachel Lloyd was named one of the 50 Women Who Change the World and one of 100 Women Who Shape New York. She’s my hero. On a fun little side note, I sent Rachael a message through facebook to tell her this. She wrote back, thanking me for the lovely start to her morning. The fact that she wrote back attests to her heroism, as far as I’m concerned. True heroes are above the rest of us. They just don’t think they are. Thank you, Rachel, for your heroism.

Thank you, JL, for this wonderfully unique and inspiring blogfest.
Much success with Saving Sam!