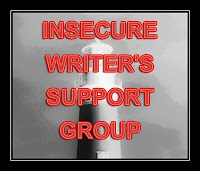 The camera zooms in on Matt Damon, giving a big "thumbs up" to buddy Ben, and Jennifer Garner, clapping lovingly for her husband. The other 200 audience members fell asleep when Robyn announced today's guest.

Robyn remains seated in her comfy chocolate-colored fabric chair, as Ben strolls in wearing blue sweats, gray Nikes, and a white T-shirt. He approaches the front of the stage, and stops at a wheelchair.  Robyn giggles. I'm sorry, Ben. When I told the stage crew you were doing today's show, they said something about you being too old to play the caped crusader and rolled this out here for you. I think it's funny because, well, you're not THAT old. I mean, you're 41, younger than me. Just more boring. Anyway, have a seat. Ben shrugs and sits in the wheelchair.

Robyn: Thanks for being here.

Ben Affleck: Sure thing, Robin. Trouble ahead, Robin. To the bat cave with me, Robin. He chuckles, amused by himself. Just practicing.

Robyn: Yeah, funny. So there's a great amount of harsh criticism. Even Richard Dreyfuss is upset that you were picked. Nobody's happy, really, except Snooki. I've gotta admit, Ben, I'm not either. My problem with you being chosen to play Batman is that you're boring.

The cameraman shifts the camera towards the audience. Matt and Jennifer are now asleep. We re-focus on Ben, who appears to be reading a book that he has propped up on his lap. He scratches his head. The camera zooms in on the book's title:"How to Get a Personality When You're an Over-Aged Pretty Frat Boy Who's a Mediocre Actor and - Ok - a Good Director With a Chiseled Chin But No Other Redeeming Traits But You've Been Chosen to Play Batman and Everybody's Mad as Hell About it Except Snooki for Dummies, Part I".

Ben: Yeah, what's up? He tosses the book aside.

Robyn: Today's the second anniversary of the IWSG. I want to talk to you about being multi-dimensional, because you're not. But I'm coming out with some pretty dark stuff about my past and all. I even did an interview for a local radio show today on depression and suicide. It doesn't get more intense. And I'm writing a piece for a local newspaper on that topic too. But I feel  insecure about going so dark, when I want to continue to make people laugh. So, I figured you'd present a good contrast to the multi-dimensional thing.

Robyn: Well, listen, it's been...um, see ya. Robyn points Ben towards the back exit.

Ben nods, places the ice-cream container between his knees, and wheels himself off the stage.

Robyn yawns. Folks, I just want to say something that you already know. Maybe it's just something I need to remind myself of. It's good to have more than one smidgen of a dimension. Boring is bad. Don't hesitate to write anything and everything that comes out of you, from humor to horror, so long as you don't bore. Human beings are complex entities. At least, all but one of us is.

If you do pay money to see Ben as Batman, buy some Junior Mints or, if you're Alex, Hot Tamales, to stay awake during his speaking and acting parts.

Thanks for tuning in!
Excuse me while I go home and take a nap now.