The Scarecrow and Me

A tribute to one of the world's most shining stars, Ray Bolger (aka The Scarecrow) 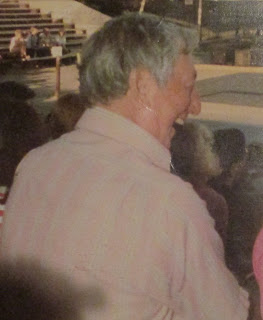 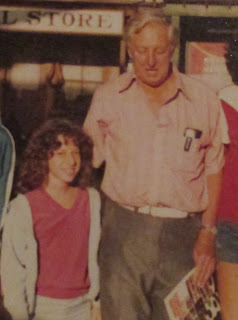 One of the most phenomenal people to grace this planet, Ray Bolger, lived from 1904 until 1987. This singer, actor, and dancer performed in over 30 feature films and Broadway musicals. Most notably, Ray Bolger played the Scarecrow in MGM's 1939 classic, The Wizard of Oz.

The release of Oz, the movie (which critics don't like), prompted me to dig up these old pictures. I grew up in Los Angeles, where every other person and their plastic surgeon was/is a star - in reality or in their dreams. I went to school with a Mouseketeer and to college with Loni Anderson's daughter. My dad passed drugs to folks like Cher and Steven Seagal (as their pharmacist), and we played on the Temple School playground with a young Jack Black. No encounter, though, was as exciting as this one: meeting Ray Bolger.

I'm chilled looking at these pictures and reading about him. Not only was his talent incomparable, Ray Bolger had heart. We spied him while watching a show at Universal Studios in Burbank. After the show, we asked if we could take his picture. Without hesitation, and with beaming warmth, Ray obliged. So, there I am with Ray Bolger.

~~~~~
When asked if he gets residuals for telecasts of The Wizard of Oz, Ray replied, "No, just immortality. I'll settle for that."


I'm sorry my dad snapped this picture when the sun was in your eyes. I'm also sorry that I didn't put my arm around you, but I was too shy. Plus, I was so tiny that it might've been seen as an inappropriate gesture. Thank you for posing for this photograph. I'll always treasure it.

You were so loving, joyful, and full of life, and nobody can dance like you could.

This is a clip of The Scarecrow's dance that was deleted from the original. Click on "Skip Ad" on the right to watch it.