My Dear Sillies,
I don't usually cut to the chase. Instead, I cut out the chase. So I'll just tell you that Clark gave me one "installment," (I suspect it was 5.5 or 5.25 inches. I didn't take out my tape measure.)
Quality-wise, the night was dreamy. He'd brought over dinner and drinks, we talked about past relationships and what we're looking for. A positive, thick tension thickened.
"What do you want to do now?" he asked.
"I want to kiss you."
Things heated blissfully smoothly, and we slept well too. It was a wonderfully pleasant and pleasurable night. Clark checked in the following afternoon.
He made a salmon dinner for me the following weekend.
Clark asked me questions, didn't interrupt my responses to tell me tediously boring factoids about himself, and I really, really liked him.

As soon as he bit into the salmon, Clark felt sick. A few minutes later, I was politely, apologetically asked to leave.

"How about if I bring you some homemade matzo ball soup?" I offered the next day. Good move, right? I'd win him over for sure.

My soup turned out great. Clark appreciated it so much that he bargained for potato latkes next. I agreed, with a playful (but serious) disclaimer, "That's going to be it for my Jewish dishes, though." 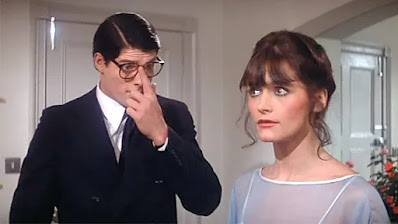 "Mm, mm, these are great! Thanks for making them."
"Well, truthfully, I used a mix. It's too easy," I grinned. "And I had to taste-test plenty of latkes for you."
We moved to the couch after dinner.
He took my hand. "I planned for you to stay the night," Clark said stoically, "but you like me more than I like you." Okay? "I hate hurting people, so I want to keep dating without the sex."
Say what? "What would that look like? We already crossed the line."
"Yes, and it was wonderful. But I potentially want to see other people." You're hurting me so as to not hurt me by refusing to have sex again with me because the sex was wonderful and you assume that I have more feelings for you than you do for me?
"I think you're projecting stuff onto me," I shrugged. "Okay, then."
I got up to retrieve my purse and the left-over latkes.
"Why are you--? Okay, okay, yeah, you're NOT staying the night after that. I regret ever having sex with you in the first place."
Clark walked to his kitchen, retrieved a roll of aluminum foil from a drawer, and tore off a large piece. He very meticulously wrapped the left-over latkes in foil, then handed them to me.
Damn straight, you don't get these!
Numb, I took my other belongings and walked to the door. What do I say now? I turned to him.
"Well, have a good night," is all I could think to say, because I'm too nice like that.
He looked at me sadly, patronizingly.
I'm still hurt and perplexed over this non-super man. He probably should've just "ghosted" me, but I guess he really, really wanted potato latkes.