Dear Sillies,
Money seems to buy everything. But wait! It doesn't buy smarts. Nor does it appear to buy book reviews, an editor, or a decent ghostwriter.
Be proud of your smarts and creativity.
You are one of a rare kind, and I love you for it.

Oh, here are two books by big-name celebs, as proof of the aforementioned assertions.
Be good to yourselves, and don't read these: 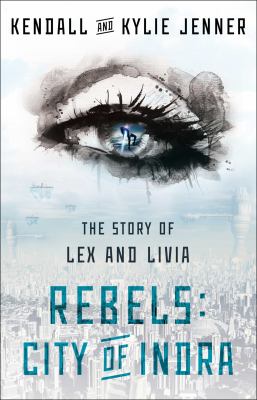 Rebels, City of Indra : The Story of Lex and Livia

by Kendall Jenner and Kylie Jenner
Kendall and Kylie Jenner, stars on the hit reality show Keeping Up with the Kardashians , present their debut novel a  punctuation needed between "novel" and "a" thrilling dystopian story about two super-powered girls who embark on a journey together. In a world of the far future, the great City of Indra has two faces: a beautiful paradise floating high in the sky, and a nightmare world of poverty carved beneath the surface of the Earth. Whoa, really? You're like so creative! It's both the high sky and beneath the earth's crust? So like, it's totally not earthly! Nobody's ever done a story like this!! Lex grew up in an orphanage deep in the dark. That one in an alley in Jersey Shore! Yeah, that one's super suspect. Great setting to use. But even as a child, she instinctively rebelled against her fate the time when she would be judged either useful to Society or forced to live among the mutations in Rock Bottom, the lowest level. Hm, that sentence needs...lemme think...punctuation and meaning and omission of capital letters and deletion into the floating high skies then replacement by the Teenage Mutant Ninja Turtles, revived and all grown up....For that is when Lex s and Livia s You perhaps should've hired an editor or a ghostwriter who writes destinies collide . Approached by an old enemy to help save Kane from mortal danger, Lex sacrifices her Special Ops career...Brought together by danger, they set out to find Kane, but what they discover is even stranger than either dreams." An end quote indicates that there's a start quote, sweeties.
Release Date:November 2016 Aren't you cute? You writted your first book-see together and it was published 4 years ago. Yet you didn't get a single review!
Publisher:Simon & Schuster, Incorporated 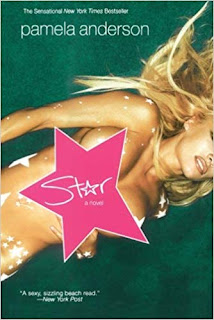 3.0 out of 5 stars Readable but forgetable!


I purchased this book after seeing Ms. Anderson's interview about it on NBC's Today Show. I have had a bit of a fascination with Pamela since she first hit the celeb circuit because though she is pretty, she has a certain "something" other than her looks that is hard to ignore. Sort of like a train wreck.

Posted by Rawknrobyn.blogspot.com
Email ThisBlogThis!Share to TwitterShare to FacebookShare to Pinterest
Labels: Kylie and Kendall writted a book-see and gots zero reviews in 4 years!, Pamela Anderson's fallen Star, what happened to ghostwriters that can write?