It's time again for Alex J Cavanaugh's extraordinary support group for insecure writers, the IWSG. The first Wednesday of each month, scholarly writers express their insecurities and lend each other support. I, a lesser person, mock someone famous as a means of boosting my self-esteem. I'm hopeful this tactic makes you feel better about yourselves too.
Today's guest should truly help in that regard. She's a comedic icon who first stole the spotlight on Johnny Carson's Late Night show in 1965. This woman's had her own talk show, published 12 best-selling books, and has gone under the knife for plastic surgery more times than Bruce Jenner and the cast of Jersey Shore. Ladies and gentlemen, let's welcome Joan Rivers! 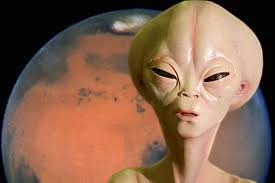 Come on out here, Joan!

Oh Lord, can we get the alien back?
Joan walks out, oblivious to Robyn's comment. She's slightly hunched over and barely recognizable as a human. The audience, all plastic surgeons, toss business cards at her. Joan cackles and grabs cards that are flung her way, then stuffs them into the bra that secures her silicone chest.
Robyn gestures towards a plastic chair. Joan eyes Robyn as she takes a seat. Damn! What the f*k? You're shorter than I am. She cackles. And your boobs are starting to sag too honey. Can we talk? I've got seven hundred or so surgeons to hook you up with. She fondles her fake breasts. Cackle. Cackle.


Robyn takes a seat and mouths f*n b*tch, as Joan pulls business cards from her cleavage. So Joan, you wrote a book called "I Hate Everyone, Especially Me."
Um Hmm, Um Hmm. Yeah, I hate you too. I used to like you. I have no idea why. Now I find you over-the-top offensive, mean-spirited - an ugly person through and through.  You dedicated this book to, and I quote, "OJ Simpson, who deserves another chance. Maybe the lippy ex-wife had it coming." That's a horrific, hateful, misogynistic statement.


Honey, clearly you need to get laid. Robyn gives Joan the (middle) finger. Joan doesn't notice. Her eyelids aren't functioning properly due to all the Botox. I tell you, I do too. It's been so long, I forgot who has the shlong and who has the vagina. Cackle. Cackle.

You wrote another horrible but best-selling book called "Men are stupid…and they like big boobs". Here's a quote from that one, "The truth is inner beauty might get you a promotion, or, for that matter, a raise, but inner beauty won’t get you a husband, or a lover." Uh Hmm, Uh hmm.

You reveal a lot by this, Joan. You're suggesting every woman's goal is to get a husband or get laid.  Well, moving on, you're also suggesting that you know about beauty. Because what? You're beautiful, Joan? Robyn cackles hysterically. And you imply that all men are superficial. Can we talk, Joan? Sure we can talk sweetie, but you're starting to get on my nerves. Get real. If you want sex, you gotta look good.

Robyn raises her voice. No, you get real, 81 year old piece of sh-- plastic! If anyone does you, it's only because you have a vagina and no standards. Nor does he, she, or it. And humanly people, Joan, make connections based on things besides boob or nose size. And you're ugly. Really really ugly, inside and out. Now get the hell off my stage!

Joan looks at the camera as she prepares to exit the studio. She really needs to get laid!

Robyn leaves in search of a big, hot, dark, tall sundae and we cut to a commercial about the risks of eyelid surgery for people with no natural skin.